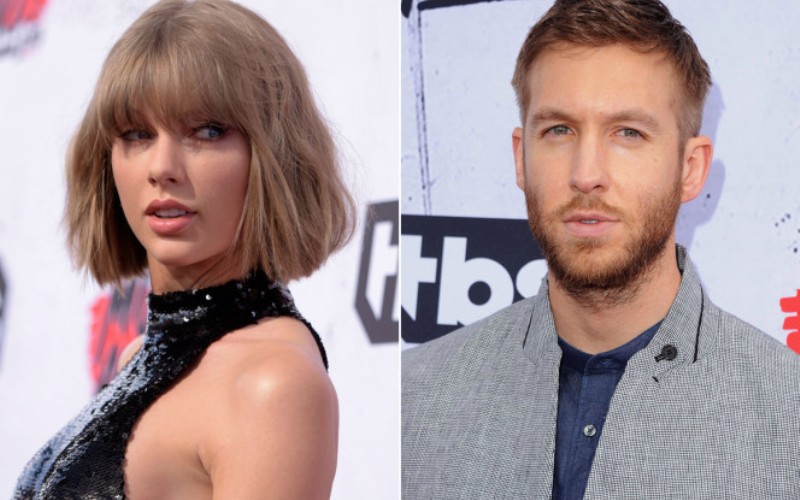 Taylor Swift’s ex is taking a page from her book. But instead of a song, he’s putting it on Instagram.

Calvin Harris has been bombarded with questions and comments regarding his split from the pop star on social media. His fans and die-hard “Swifties” all want to know what happened and his thoughts on Swift’s newest boy-toy, actor Tom Hiddleston.

Popping up in the comment section on his Instagram page, Harris shared some details on the situation and threw a little shade in the process. He has since deleted the comments, but screengrabs last forever. Though a source says Harris was not the one responding, he told an IG user differently. “No it’s me,” he wrote when someone asked if he was hacked.

The couple dated for 15 months and was Hollywood’s “it” couple, until they abruptly broke up. Swift was photographed booed up and kissing actor Tom Hiddleston just days later. Harris deleted all signs of Swift from his social media accounts and unfollowed her as soon as the photos hit the blogs and cheating rumors began to circulate.

However, he has since re-followed her on several accounts. “I cared too much and then I didn’t care at all. I am a real person remember,” he explained.

Harris was trying to play nice in the beginning, but his true feelings are slowly being revealed. Something really went down between the two music stars and I have a feeling Swift might have been the problem in this situation.

People have often said Swift was not as sweet and innocent as she appears. Thanks Calvin Harris for confirming what we already suspected.