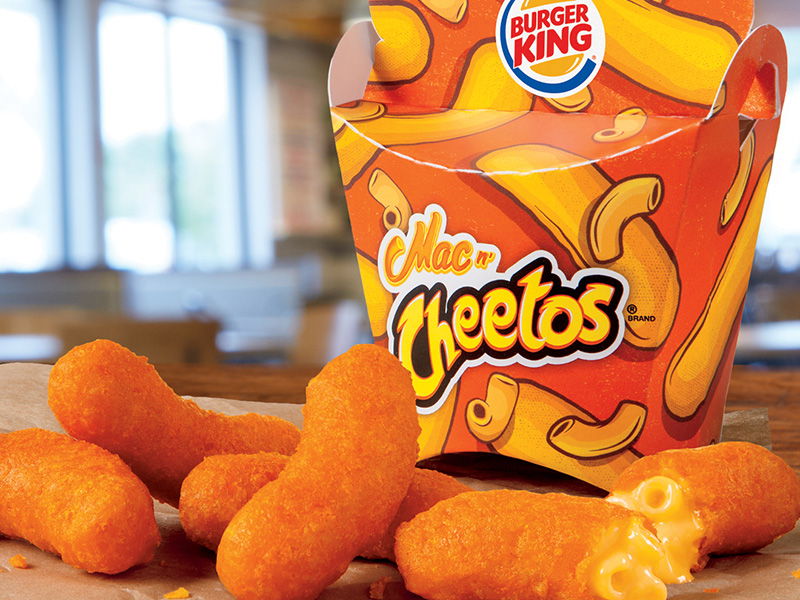 Burger King is seriously trying to wreak havoc on all of our bodies this summer.

The Fast Food Chain is experimenting with a new menu item, and this one is guaranteed to have you running to the nearest restroom.

BK’s latest offering is called “Mac n’ Cheetos,” which consists of deep-fried sticks of macaroni and cheese covered in a Cheeto-flavored shell.

For $2.49, you get five sticks that come along with a side of ranch dressing.

We declare this the summer of cheesy. #MacNCheetos coming Monday 6/27. pic.twitter.com/bx5L7NyUqO

According to reports, Burger King will debut the extra cheesy snack at participating stores on June 27th. A few BK stores in South California are already testing it out.

“For anyone who ever wished they could eat warm mac n’ cheese like they do a bag of chips, Mac n’ Cheetos™ make the previously unthinkable a reality. Now with this cheesy treat, everyone can snack on-the-go whether en route to the beach or during a summer road trip,” BK said in a press release.

Will you be trying Burger King’s new Mac ‘n Cheetos???