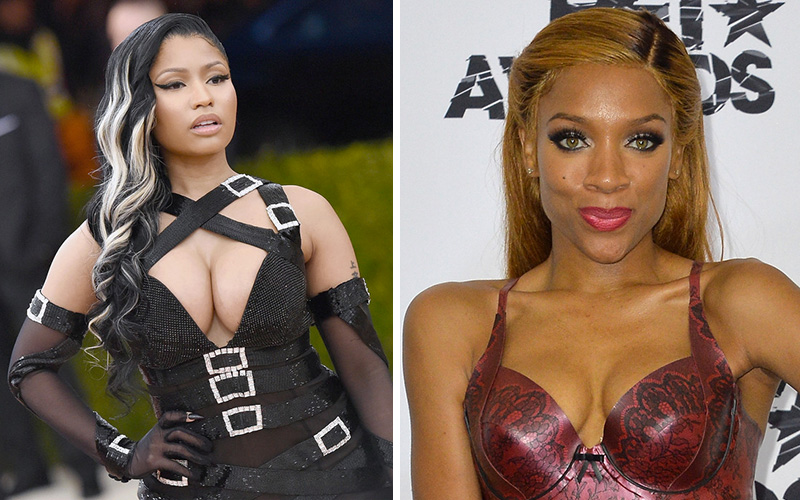 If there’s one thing we can all learn from social media, it’s that people will not hesitate to call you out or stir the pot. Lil Mama happens to be the subject of social media’s latest conversation. Though, the rapper might have brought this one upon herself.

Lil Mama recently dropped a freestyle over Drake’s “4PM in Calabasas.” However, one particular verse has got social media fired up. The MC seems to throw a few jabs at Nicki Minaj.

“And you ain’t got no sons / I be hearing you talkin’ crazy, but you really is buns / So when you talk, talk politely / And when you tread, tread lightly cause the ice getting thinner / like 666, it’s gonna be a cold winter.”

Visual representation of Lil Mama trying to come & Nicki every chance she gets. https://t.co/0wufCJTyAu

Every time I see "Lil Mama" trending I mumbled to myself "oh god what did she do now" cuz she def isn't trending over her music ?

Lil Mama has not stated who she was specifically referring to, but Minaj is a safe bet. Since becoming a mainstream artist in a male-dominated genre, Minaj has often referred to female MCs that have come after her as “sons.”

This apparently has rubbed Lil Mama the wrong way. She has rapped about Minaj in several songs and has publicly criticized her for not supporting female rappers enough. The two definitely have some unsettled beef that’s still unclear how it originated.

The rapper has not been “poppin” since she released “Lip Gloss” nearly a decade ago in 2007 and has become best known for randomly jumping on stage with Jay Z during an MTV Music Awards performance (even after Beyonce told her not to).

Instead of producing music people actually want to list to, she unfortunately chooses to diss Minaj in order to gain a little bit of relevancy in 2016. Otherwise, social media wouldn’t give her the time of day to begin with.

A Minaj response would be interesting, but I have a feeling she’s sitting somewhere, completely unbothered.

You can listen to the full track here: