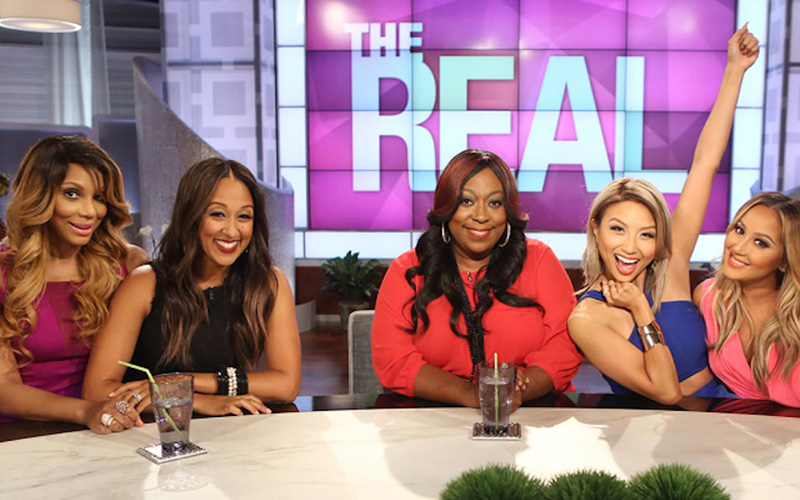 The fallout and drama surrounding Tamar Braxton’s abrupt exit from The Real continues to be a major topic of conversation. While one current co-host has been more outspoken that the others, she recently revealed she still hasn’t spoken to Braxton and the show is in the process replacing the ousted singer.

Loni Love briefly appeared on the Tom Joyner Morning Show to promote The Real’s upcoming appearance at the Essence Festival. She began by keeping the focus on the event, but also knew she couldn’t avoid discussing Braxton the entire interview.

Not surprisingly, the comedian has yet to speak to Braxton since her firing was made public. Rumors and vague comments by Braxton suggest that the four other co-hosts knew she was being let go. However, Love says that was not the case. She stands by the comments she made in a Facebook video post she made shortly after the news broke and compared the situation to Michael Strahan’s exit from Live! with Kelly and Michael.

The Real is also searching for Braxton’s replacement as the show enters its third season. “We have to move on and think about the fans,” Love said without diminishing Braxton’s contributions. The show is based on having diverse voices of women, particularly women of color. However, Love jokingly suggested actor Larenz Tate if a male co-host was considered.

The “Love & War” singer is clearly irreplaceable and it’s probably in its best interest to continue with the original four. The Real did Braxton dirty and naming a new host — regardless of who it is — will inevitably thrust the show back into the tabloids and blogosphere.