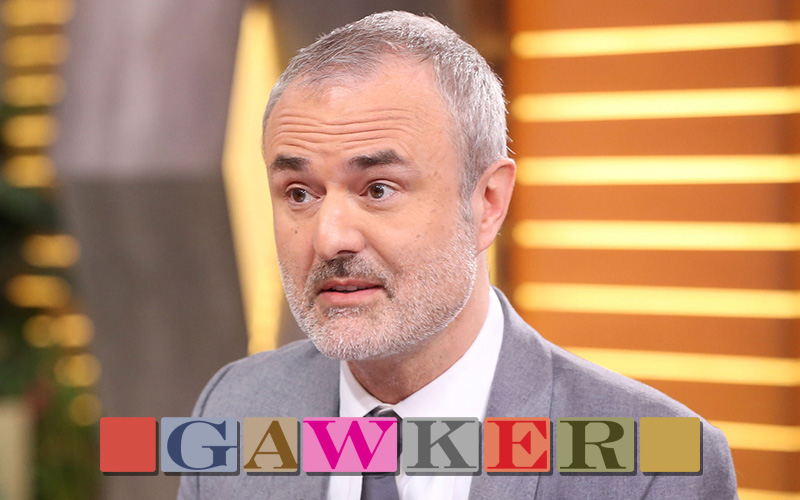 Gawker Media was forced to file for Chapter 11 bankruptcy Friday (Jun 10) as a result of Hulk Hogan’s lawsuit against them, CNN Money reports.

According to Recode, the media company, famous for popular websites such as Gawker.com, Gizmodo.com, Jezebel.com, Deadspin.com, Lifehacker.com and others, has agreed to sell all seven of its properties to the highest bidder, which, so far, is publisher Ziff Davis, who wants to purchase the business for around $90 – $100 million.

In 2012, Gawker Media’s flagship website Gawker.com published an article that included a sextape featuring Hulk Hogan and the wife of his best friend. Hogan asked them to take down the video and its accompanying article, but Gawker refused and were eventually sued for $100 million by Hogan for allegedly violating his privacy.

Gawker lost the lawsuit and was ordered by a judge to pay Hogan much more than $100 million he requested. Today, Gawker filed for Chapter 11 Bankruptcy in an effort to avoid paying Hogan his multi-million dollar judgement.

Here are 7 things you need to know about Gawker Media and the Hulk Hogan lawsuit.

According to Wikipedia, Gawker is “an American blog founded by Nick Denton and Elizabeth Spiers and based in New York City, focusing on celebrities and the media industry” and should not be confused with its parent company Gawker Media.

Gawker Media, on the other hand, is the online media company that owns and operates 7 websites/blogs, including its flagship website Gawker.com, the sports website Deadspin, the design and technology blog Gizmodo, the women’s interest site Jezebel, the lifehack blog Lifehacker, the video-game focused blog Kotaku, and Jalopnik, a site for car enthusiasts.

The company is owned by Nick Denton.

In March 2012, TMZ reported that someone was shopping around a sextape featuring Hulk Hogan and a woman named Heather Clem (the estranged wife of Hogan’s friend and radio personality Bubba the Love Sponge) that was filmed in 2006.

Gawker Media’s most famous website, Gawker.com, purchased the tape, and on October 4th 2012, Gawker’s editor A.J. Daulerio posted a short video clip showing highlights of a much longer version of the film, as well a 1,400-word essay describing what was going on.

Not too long after the clip was published, Hogan, through his lawyers, issued a cease-and-desist order to take the post down (the video and its accompanying text), but Gawker refused, citing the First Amendment and arguing that the commentary had news value and the video was a matter of public interest.

After Gawker refused to down the post, which had racked up millions of views, a judge issued an injunction ordering them to delete it. They didn’t take the post down, but they did remove the video, because, as the editor at the time, John Cook, put it, “A lawful order from a circuit court judge is a serious thing.”

Cook added, “While we vehemently disagree with Campbell’s order with respect to the video itself, we have chosen to take it down pending our appeal” and he went on to explain why they were not, under any circumstance, going to remove the article’s text.

“But the portion of the order compelling us to remove the entirety of Daulerio’s post—his words, his speech—is grossly unconstitutional. We won’t take it down,” Cook said.

Because of Gawker’s refusal to take down the ENTIRE post (including the text), Hulk Hogan filed a lawsuit against Gawker Media and its founder and CEO Nick Denton in 2015 for violating his privacy asking for $100 million damages.

The first court hearing for the lawsuit was in July 2015 and the trial officially began in March 2016, and it didn’t take long for the six-person jury to rule that Hogan’s privacy was indeed violated, and not only that, but they awarded him $40 million more than what he asked for.

The jurors who awarded Hogan the $140 million judgement ($55 million for economic damages, $60 million for emotional distress, and $25.1 million in punitive damages) later said in an interview with ABC News that they stood by their decision. “There’s absolutely no doubt that the decision we made was absolutely correct,” juror O’Neil said.

In May 2016, it was revealed that Peter Thiel, the co-founder and CEO of PayPal who is worth an estimated $2.7 billion, had previously made the destruction of Gawker his personal mission.

And why would someone be so hell-bent on destroying an online media property, you ask? Well, it all started when Gawker.com published a story in 2007 that outed Thiel as gay, years before he was open about his sexuality.

Ever since then, Thiel has had it out for Gawker, and he used the Hulk Hogan lawsuit as his weapon of mass destruction against the company.

On June 10th 2016, Gawker Media filed for Chapter 11 bankruptcy to avoid paying Hulk Hogan (and, apparently, Peter Thiel) the $140 million judgement, as well as the additional $25 million in damages.

According to Recode, the company has told its employees that they they still plan to fight the case and will continue to run the business while doing so, however, in order to continue operating as they have, they will need to seek outside funding.

Even though Gawker Media at one point had been valued at over $200 million, because of the drama surrounding the company at this very moment, their value has plummeted, and following their bankruptcy filing, they are now selling to the highest bidder.

Right now, the highest bidder is Ziff Davis LLC, a publisher and Internet company based in the United States, who is looking to purchase the business for around $90 – $100 million, Recode reports. Ziff Davis’ portfolio of properties includes PC Magazine, Askmen.com and IGN.