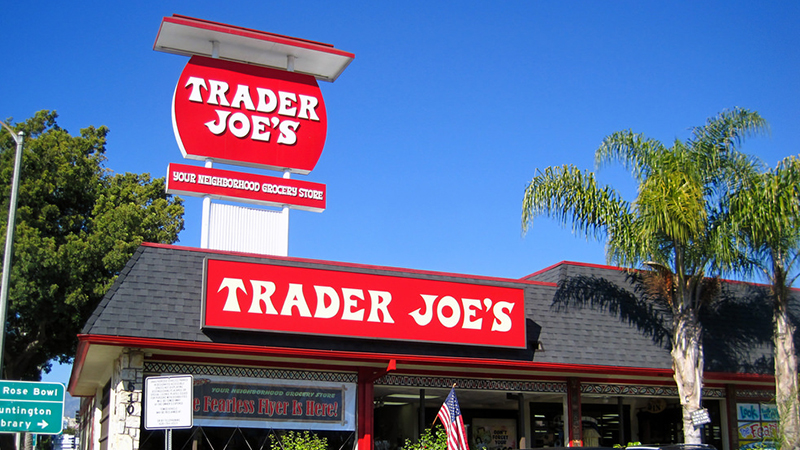 If you thought the only thing happening in Trader Joe’s was delicious eats and affordable organic produce that won’t leave you broke like shopping at Whole Foods does, think again.

Apparently the crew over at Trader Joe’s is yucking it up by picking on each other and giving out gag gifts. One man, 49-year-old Paul D. Roberts of Pasadena, California, however, was not here for the shenanigans.

CBS Los Angeles reports that a man who was given a so-called “white elephant” gift by his co-workers is pissed off and he’s suing Trader Joe’s over it.

Trader Joe’s is being sued by a former employee who alleges he was fired after complaining about being given a gift resembling male genitalia during the company’s Christmas party in 2014.

The lawsuit filed Tuesday in state court alleges Paul Roberts, 49, was “shocked, embarrassed, and humiliated” after receiving a gift from a co-worker he had known for several years at the Dec. 24 party at a Trader Joe’s location in Pasadena.

Roberts opened the gift described in court papers as “a small penis … which when submerged in water, would increase in size” in front of other employees, as well as a Trader Joe’s supervisor. It was accompanied by a note he perceived to be derogatory.

Soooooo…given that the penis gag gift was “small” and grows when “submerged in water,” coupled with the fact that there was a note perceived to be derogatory, I’m going to go out on a limb here and guess that maybe they were making fun of this man’s penis size.

LAist has a hunch that this, or at least a gift similar to it, is what Roberts received from his co-workers.

After Roberts was “gifted” the penis gag gift, which he didn’t find amusing, he complained to management, seeking support. Unfortunately, he was rewarded with a firing.

If that was indeed the case, then I don’t blame him for clapping back at his co-workers and I hope he wins his lawsuit. This is the problem with people these days: They don’t know how to mind their damn business and want to cross lines that they ain’t got no business crossing.

You are a damn Trader Joe’s employee. You stock plantain chips on the shelves, clean up spilled milk, bag groceries and serve hot food at the sample counter. You do NOT worry about the size, shape or function of your co-workers’ genitalia and if by some chance, you stumble upon some factual information about your co-worker’s reproductive organs, you certainly don’t broadcast such sensitive information to the entire staff.

These wretched Trader Joe’s bitches with spirits more spoiled than the damn rotten milk sitting on their shelves are the worst. Trader Joe’s, you need to do better.