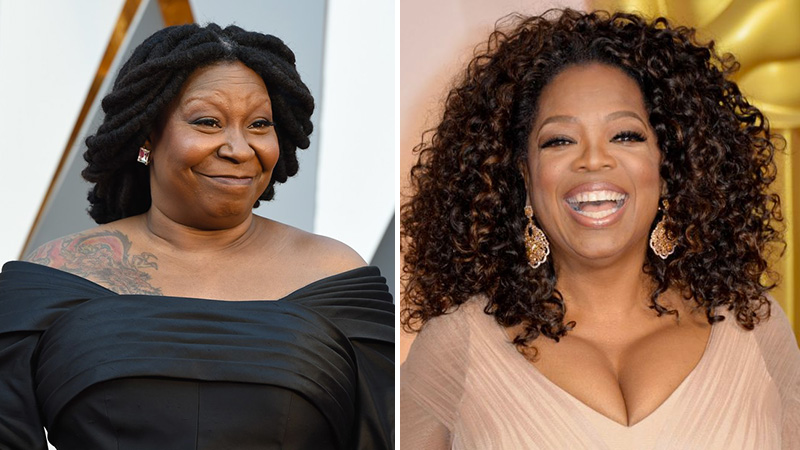 Beauty website Total Beauty seemed to be completely taken aback by the fact that Oprah arrived all tat-tat-tatted up on the red carpet of the 2016 Oscars.

Too bad that’s not Oprah though. IT’S CLEARLY WHOOPI GOLDBERG.

Once Total Beauty realized their mistake — after they were roasted on Twitter, of course — they deleted their tweet and posted this apology:

You’re damn right there are no excuses, it’s good you realize that. Too bad the damage had already been done though.

Mind you, this happened smack dab in the middle of the #OscarsSoWhite controversy, which came about due to the lack of diversity in Hollywood and Oscar nominations.

Of course since this is the Internet, screenshots were taken (see above) and jokes were made:

White people can tell these men apart but not OPRAH AND WHOOPI GOLDBERG? #Oscars pic.twitter.com/3wZcAhBhy3

We had no idea @Oprah was a 9 year old boy, and we love it. #Oscars pic.twitter.com/UveHOBktBb

How to identify @Oprah pic.twitter.com/pNR6ED1ZPm

Oh, Adele! Not sure about this dress, but hello from the other side. #Oscars2016 pic.twitter.com/RBUI2fIHeG

Oh, James Franco! We cannot get enough of that smile. #Oscars2016 pic.twitter.com/A1rehXhPyQ

Kanye and Kim be doin the most. #Oscars pic.twitter.com/Lwul9mGveA

The jokes even continued well into the ceremony…

The news got back to Oprah, and she and her BFF Gayle King’s daughter Kirby made light of the gaffe on Instagram:

We’ve gotta do better, you guys.