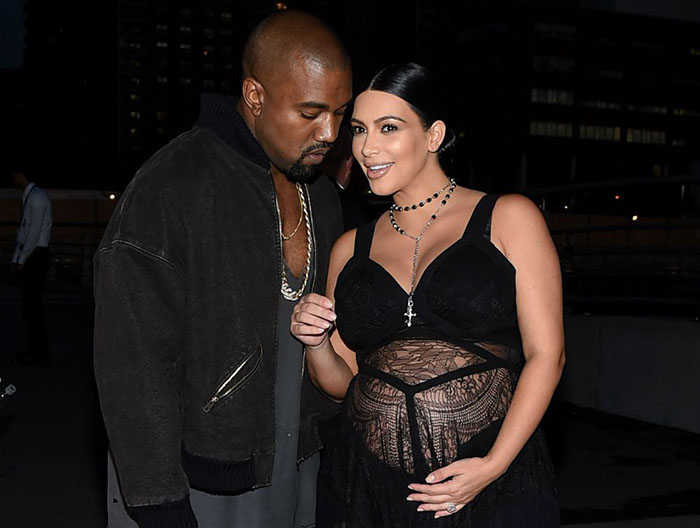 After months of misery and complaints, Kim Kardashian finally gave birth to her and Kanye West‘s second child and only begotten son, who is a Saint, because that is his real name. And oh, what a glorious name it is.

Kim, who gave birth unexpectedly Saturday (Dec 5), shared the news of the baby’s name today via her official website and social media pages using a set of emojis that resemble the newly updated West family. According to E! News, Kim and Kanye waited until North’s little brother was born to name him, and they didn’t decide on something until Sunday night.

Reports over the summer suggested that the couple were planning to name their son Easton (Easton West. Get it?), however, close sources quickly shot those rumors down.

Kim also shot down the idea of the name South West in an interview with NPR over the summer.

“I don’t like South West, though, because that’s like, you know, North will always, you know, be better and be more…she has a better direction,” she said. “So I wouldn’t do that. I don’t think we’ll go with another direction.”

She added, “I mean, everyone keeps on saying South and I think it’s so stupid. Stupidest thing ever and just ridiculous.”