GOSSIPONTHIS.COM Music Adele Wants to Do the Official “Hotline Bling” Remix With Drake 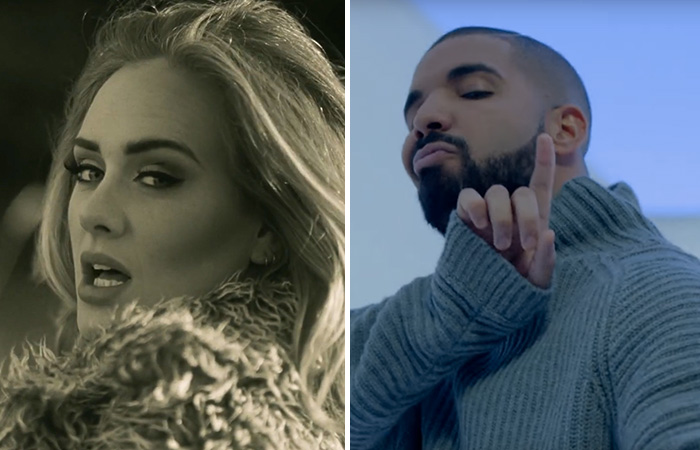 Drake‘s hit single “Hotline Bling“ has already been remixed a zillion times by singers like Keyshia Cole and Erykah Badu, but there’s still no official remix to the song.

In a recent interview with etalk, “Hello” singer Adele revealed that she is a huge fan of Drake and really wants to do a remix for “Hotline Bling” with the Canadian rapper.

“I really want us to do an official remix. I love Drake. I love Drake so much. I even got the coat that’s in the video, I got it delivered the other day, I ordered it. The red one.”

“I had a drink like three weeks ago [with] my best friends, in fact it was to celebrate ‘Hello.’ And I was off my face because I don’t really drink anymore, and they’ve got video of me dancing to it on a coffee table as well.”

And it appears Drake may be down with them doing a collaboration. After catching wind of Adele’s interview, he posted a cartoon picture of him and Adele both holding cell phones.

We will be patiently waiting on the remix. Hopefully Drake won’t let us down.