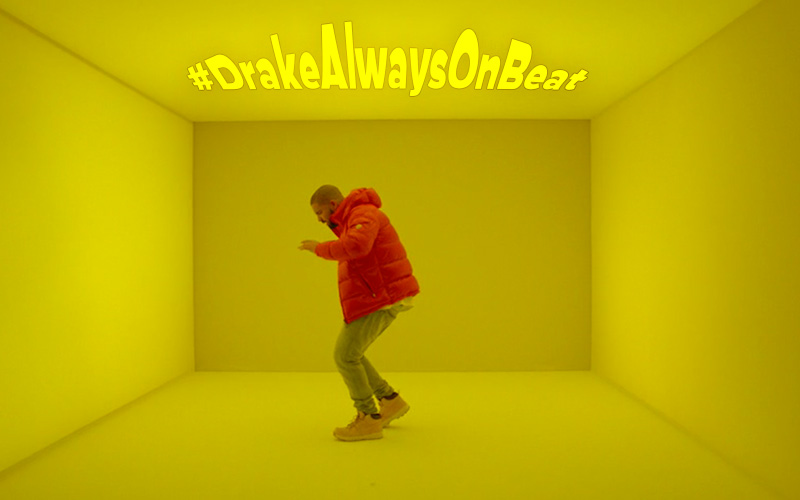 Drake finally released the video for “Hotline Bling” Monday night (Oct 19), and in it, he shows off a number of hilarious dance moves.

The Internet wasted absolutely no time in memeing the hell out of the video with the hashtag #DrakeAlwaysOnBeat, which literally took over the Internet this week.

There are clips of Drake dancing to just about every musical genre out there, including Latin, Caribbean and Hip Hop.

There’s even one of him dancing to Justin Bieber’s new single “What Do You Mean?” and another with him cutting a rug to the Charlie Brown theme song.

But perhaps the best mash-up is the video mimicking “The Cosby Show,” appropriately renamed “The Aubrey Show.” (We needed that laugh, BTW.)

#DrakeAlwaysOnBeat proves that you can pair Drake’s “Hotline Bling” dance moves with just about any song and it will look great and everyone will love it, because Drake.

Check out some of our faves here:

this video of Drake dancing tho pic.twitter.com/jknCyyCDxn

Drake himself even joined in on the fun, posting this to his Instagram:

Which “Drake Always On Beat” meme is your favorite? Let us know in the comments!