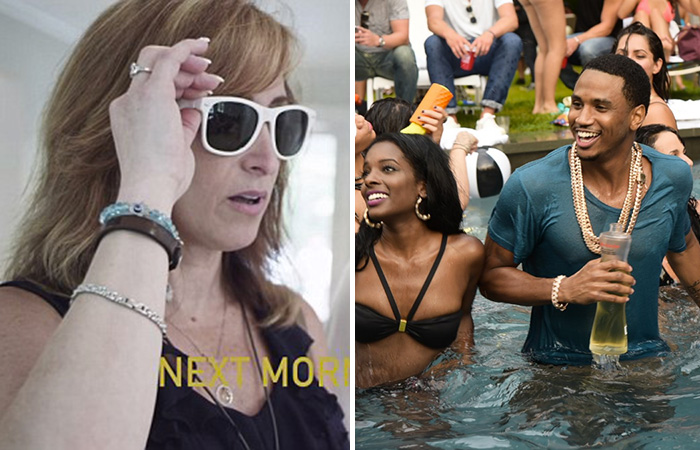 An assistant principal at Southampton High School in New York is under fire after appearing in rapper J.R. and R&B singer Trey Songz‘s music video for “Best Friend.”

Despite only appearing at the beginning and end of the video for a brief cameo (she simply played a woman going on vacation with her husband who allows Trey and J.R. to “watch after her house”), assistant principal Esther Adler-O’Keefe lost her job and was reassigned to another position in the Hampton school district following the video’s release.

According to New York’s WABC7, Adler-O’Keefe has been reassigned to oversee a variety of academic support services throughout the district.

The Hampton school district says the reason for O’Keefe’s firing was due to the song’s message which promotes drugs, liquor, and half-naked women.

“he video in question showcases behaviors and language use that is not promoted by the Southampton School District,” Superintendent Dr. Scott Farina said in a statement. “In fact, we actively teach our students the importance of good character and making smart choices. Additionally, this is not representative of who we are as a district, nor of our students and staff.”

Adler-O’Keefe claims she was completely unaware of the lyrics in the song when she was recruited to be in the video over the summer.

Do you think Adler-O’Keefe being fired and reassigned to another position was a tad bit overboard or more than appropriate? Tell us in the comments below.