GOSSIPONTHIS.COM Celebs Justin Bieber Speaks on Nude Pics: “That Was Shrinkage For Me!” 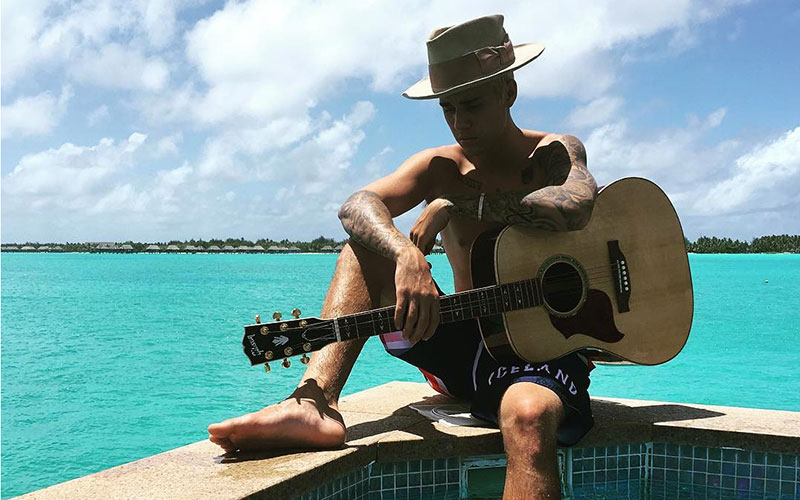 Justin Bieber is finally speaking out on his “penisgate” incident, and according to him, his d*ck is bigger than what it looked like in the pictures.

Earlier this month, the Biebs was photographed in the buff while on vacation in Bora Bora with his rumored girlfriend, 19-year-old British model Jayde Pierce.

The pics were taken without his knowledge, and were posted online by various media outlets, which JB feels was a total invasion of his privacy.

Fortunately for him though, he has nothing to be embarrassed about (other than the fact that his dad creepily tweeted that he was “proud” of “that thing”) because after the pictures went viral, the debate surrounding the size of the Biebs’ package was over.

But that doesn’t mean that JB was 100% happy about having his manhood all over the Internet.

In an interview with Access Hollywood, the singer said he felt “super violated” by the photos and how everyone had an opinion about something so private (pun intended).

Justin also made it a point to mention that the NSFW pics were not an accurate representation of his schlong. “That was shrinkage for me!” the 21-year-old joked.

In addition to bragging about how big his d*ck is, Justin Bieber also briefly discussed his new single “What Do You Mean?” — which debuted at No. 1 on the Billboard Hot 100 chart.

“What Do You Mean?” is the lead single from Justin’s fourth studio album ‘Purpose,’ which is due out November 13th.

“I’ve been around for so long that people thought that maybe I had a number one already and I’ve had number ones, like number one on iTunes and stuff, but to have a Billboard number one is really special because it’s like everything added up together,” Bieber said. “I debuted at number one and I think I’m the youngest person to debut at number one, which is pretty awesome.”

Sounds like someone is on the verge of a comeback! What do you think?