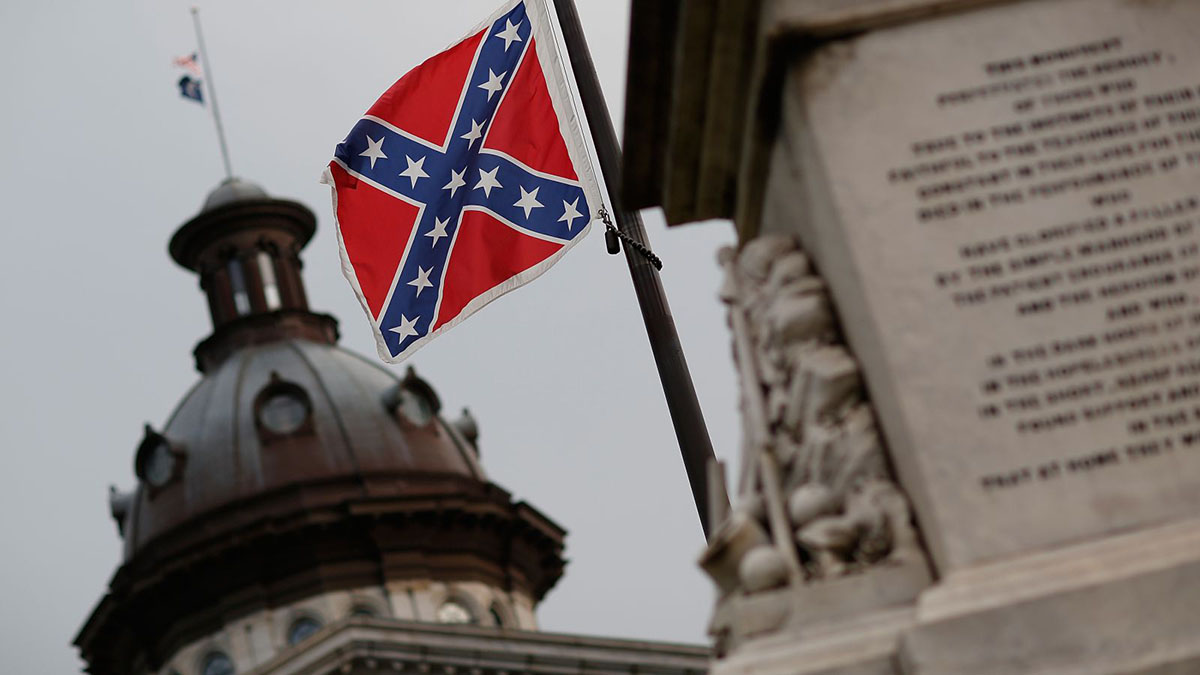 In what South Carolina governor Nikki Haley is calling “a new day” for her state, the Confederate flag was officially removed from statehouse grounds “with dignity and respect” Friday morning (Jul 10).

South Carolina lawmakers voted this week to remove the flag, which has been flying on a flagpole located on the grounds of the S.C. Statehouse since it was moved from the building’s dome in 2000. Gov. Haley signed the bill into law Thursday afternoon.

It took just a few minutes for brave North Carolina woman Bree Newsome to hoist herself up the flag pole and yank that mofo down last week, but it took S.C. lawmakers DECADES (MORE THAN FIVE OF THEM!!!) to to get this done. YAY, FREEDOM!

The news comes nearly one month after the shooting death of nine members of a black church in Charleston. A white man named Dylann Roof, who used the Confederate flag as a symbol of hate has been charged in the shooting deaths, and authorities have called the killings a hate crime.

Led by a 7-man honor guard, the six-minute ceremony kicked off at 10 a.m. this morning in front of a large crowd that reportedly included Charleston mayor Joseph P. Riley, Jr.

The infamous Confederate flag will be relocated to a relic room, where racists citizens honoring their “heritage” can visit it at their own leisure.

The Confederate flag was placed on statehouse grounds in 1961 to mark the 100th anniversary of the Civil War. It remained there as a protest to the civil rights movement.

Decades later, following mass protests agains the flag by those who considered it a symbol of racism and white supremacy, South Carolina (the first state to secede from the Union in 1860) offered a compromise in 2000 after lawmakers insisted that the flag was a symbol of “Southern heritage.”

The two sides agreed to move the flag from the dome to a 30-foot pole next to a Confederate museum in front of the Statehouse.

Before the Charleston Church shooting, Gov. Haley supported the flag, but the Republican had a change of heart in the days after the killing, and she personally urged legislators to pass a bill before the end of the summer.

After the flag was taken down, President Barack Obama said on Twitter that it was “a signal of good will and healing, and a meaningful step towards a better future.”

South Carolina taking down the confederate flag – a signal of good will and healing, and a meaningful step towards a better future.