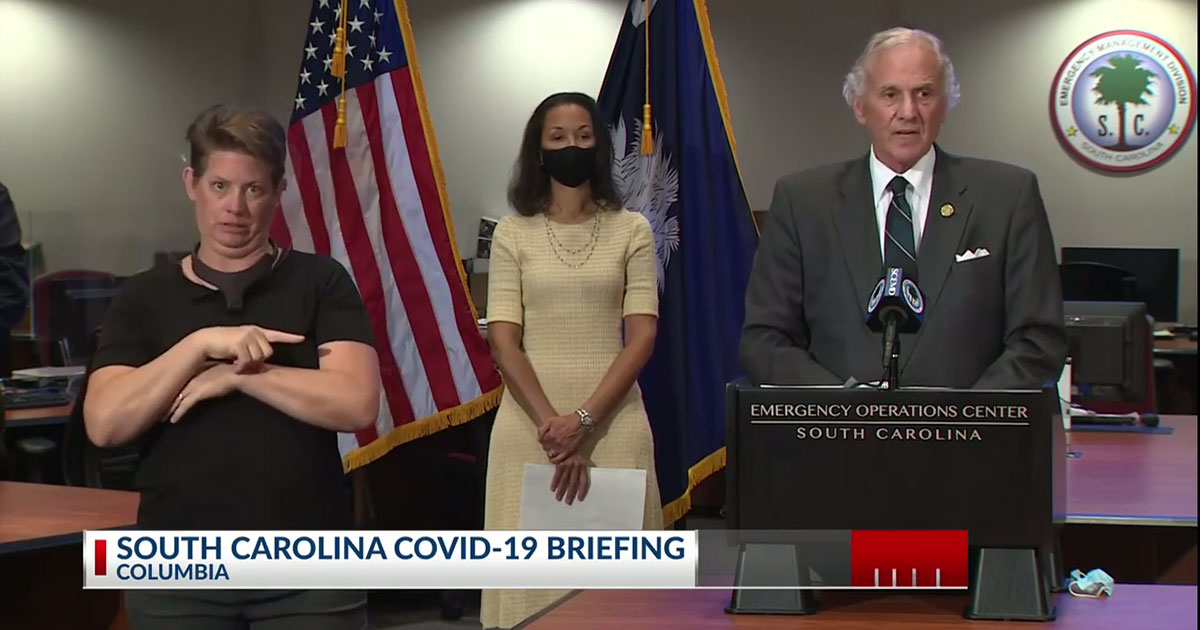 Despite coronavirus cases spiking like crazy all over the state of South Carolina, Governor Henry McMaster has announced new “restrictions” for ALL businesses to operate amid the pandemic … instead of shutting them down to help slow the spread.

On Wednesday (Jul. 29), Gov. McMaster signed an executive order that will require face masks for all restaurant employees and patrons, and said during a press conference that all previously recommended guidelines of restaurants and other establishments that attract groups are now mandatory.

“These limited restrictions are temporary, they are measured, and they are targeted towards what we know works,” McMaster said.

“These measures give South Carolina the best chance to slow the spread of the virus without shutting down the state’s economy – which we cannot and will not do – as many continue to call for.”

The governor is also mandating that local officials enforce his executive order, and said those caught in violation could face misdemeanor charges and up to 30 days in prison and/or a $100 fine.

McMaster also continued his call for all South Carolinians to wear face coverings where appropriate and he’s also now encouraging local municipalities and counties to adopt their own mask mandates to fit the needs of their communities.

The governor also ordered that face coverings must be worn in all state government buildings, effective August 5th.

The new mandatory guidelines for restaurants are as follows:

The governor’s executive order establishing these new measures will go into effect on Monday, August 3rd.

“Hollywood is knocking and movie theaters will be ready to open. They will have to follow these rules. Go see your favorite movie, have some distancing, you’ll have to wear a mask,” McMaster said.

“High school football games will be able to be played if the High School League plan is approved by the Department of Commerce because of course that would be more than 250 people.”

Prior to McMaster’s press conference, on Tuesday (Jul. 28), the South Carolina Department of Health and Environmental Control announced 1,573 new confirmed COVID-19 cases and 52 additional confirmed deaths, bringing the total number of confirmed cases to 83,720 and confirmed deaths to 1,505.

There was also one pediatric death confirmed in Greenville County that happened on July 8th and was reported on Tuesday, marking the second death of a child caused by COVID-19 in South Carolina.

The state is also reporting a nearly 20% positivity rate for COVID-19 cases.