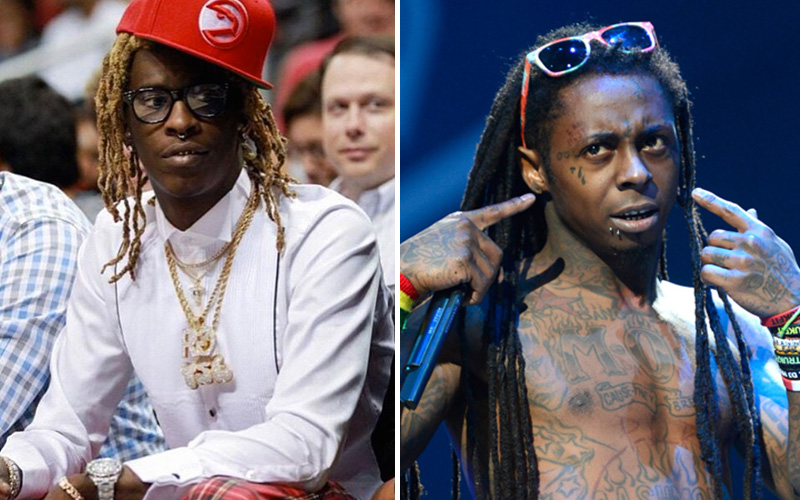 Last week during a club appearance in Anaheim, California, Wayne announced that he will be releasing ‘FWA’ also knows as the Free Weezy Album on the Fourth of July.

“I got a new album coming out. It’s called FWA. It’ll be out Fourth of July,” Wayne told fans.

Not even a whole week later, Young Thug has revealed he will be releasing a mixtape on the same exact day titled ‘Slime Season.’

First “Barter 6” and now this. Is it just us … or is Young Thug’s antics to keep up with Lil Wayne starting to become extremely annoying and “hoe-like?”