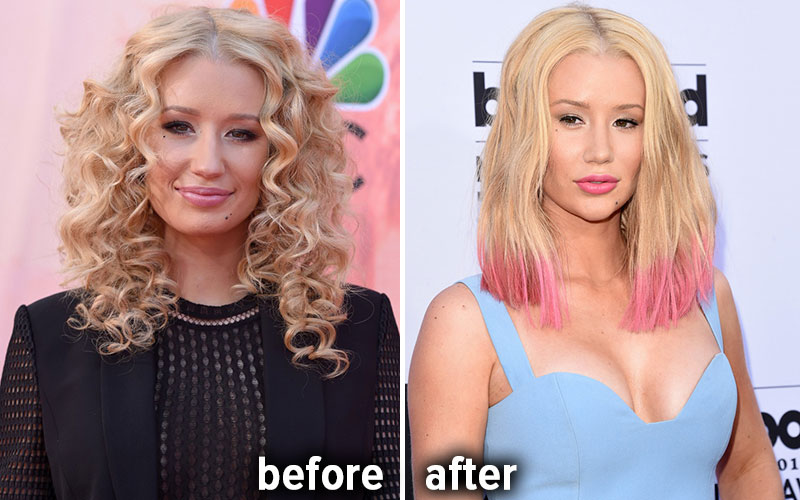 If you noticed anything different about Iggy Azalea Sunday night (May 17) at the Billboard Music Awards, don’t think you’re going crazy.

The “Fancy” rapper recently went under the knife to get some work done on her face.

A source tells Us Weekly, Iggy got both a nose augmentation and a chin implant just a few months after she admitted to getting a boob job.

“She loves the results! She wasn’t happy with her nose for a long time, so after the boobs she wanted to get that taken care of and then got the chin done at the same time.” The source said about Iggy’s latest procedure.

Might wanna slow down there on the plastic surgery, Iggz. But hey, if she likes it, we love it!