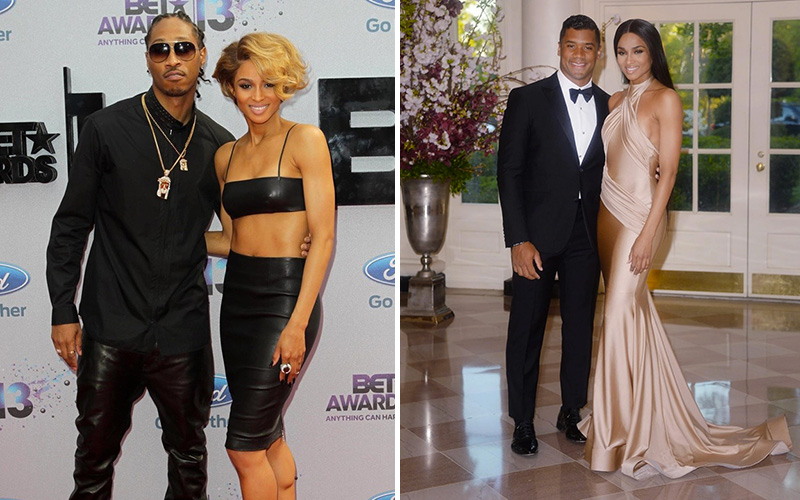 Looks like Ciara has finally moved on from her baby daddy, rapper Future.

The “I Bet” singer pretty much confirmed rumors that she’s dating NFL player Russell Wilson of the Seattle Seahawks after photos of the two superstars at the White House State Dinner on Tuesday night (Apr 28) emerged online. Fans of Ciara were quick to give their approval of her new “boo” and even went to her ex-fiance Future’s Twitter and Instagram to clown him for his failed relationship with the mother of his 11-month-old son.

But Future, who’s probably somewhere puffing a cigar in a condo filled with women as we speak, doesn’t seem too bothered by Ciara moving on to the next one.

The “F*ck Up Some Commas” rapper tweeted, “I wish I cared” and “Yall mad as sh*t” with crying laughing emojis.

I wish I cared

Future may not be pressed … but Ciara and Russell actually look really good together. Watch out Mr. President and Mrs. First Lady!

“It’s still at the beginning stages and it’s very fresh,” an E! News source said of Ciara and Wilson’s romance. “She thinks he is a complete gentleman and has really enjoyed hanging out with him these past few weeks. It’s constant laughter and fun with them.”

The insider added, “Things are a bit busy for both of them now, but they are willing to make time and see where this may go.”