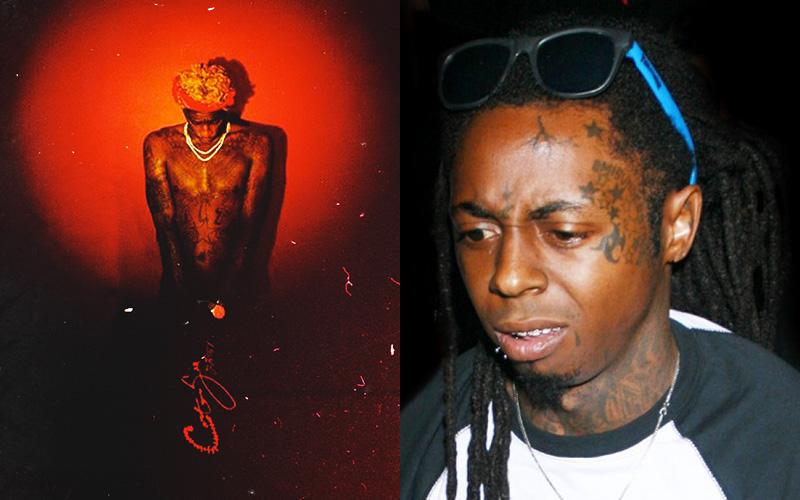 Since news broke that Young Thug would be dropping a new album called “Carter 6,” we’ve all been patiently waiting on Lil Wayne to give his take on the Atlanta emcee who has practically stolen his style, swag, and is now biting off his longtime “Carter” album series.

So far, Weezy has kept quiet from commenting on Thug, spending more of his time releasing Birdman diss songs and screaming “F*ck Cash Money!” at concerts.

But it seems Young Thug releasing the cover for his upcoming Carter 6 album finally struck a nerve with Wayne.

During a show in Mississippi last week, Wayne gave his thoughts on Young Thug and his naked cover for “Carter 6.” He told the crowd:

“Before I go any further, I want y’all to do me a favor and stop listening to songs of n*ggas that pose naked on they motherf*king album cover.”

Could this be the beginning of a Lil Wayne-Young Thug beef?