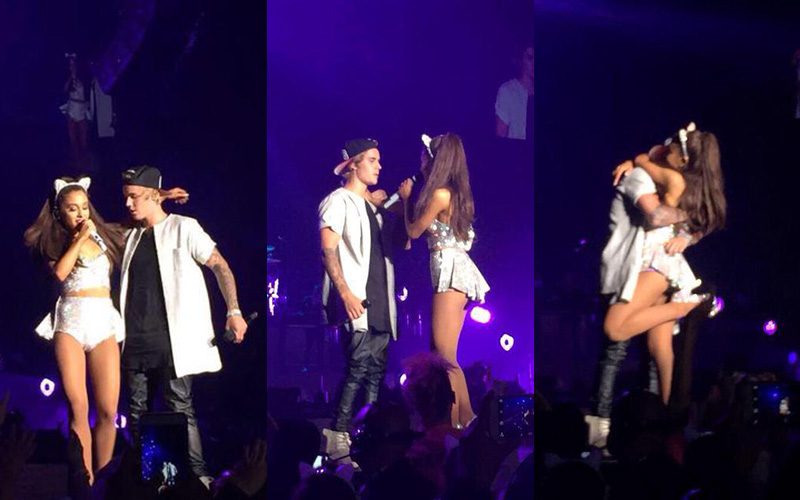 Justin Bieber might want to keep his hands to himself from now on … unless he wants to get hands laid on him.

The Biebs was sent warning shots from Big Sean last night after footage emerged online of the Biebs getting too close for comfort with Sean’s girlfriend, singer Ariana Grande.

Ariana was in concert Wednesday night (Apr 8) at The Forum in Inglewood, California when she brought the Biebs out to perform “Love Me Harder,” “Where Are U Now,” and “As Long As You Love Me”.

Ariana and Justin seemed to have great chemistry on stage, even flirting with each other during their perfomance, but JB took things a little too far when he got behind Ariana and put his hands around her waist.

Ariana, who seemed to be a combination of shocked and embarrassed, laughed JB’s advances off before pushing his hands away from her hips.

Apparently Big Sean took offense to Bieber getting all close up to his gal and tweeted, “This kid is about to learn not to touch my girl like that. Beliebe that.”

He has since deleted the tweet, but not before a screenshot was taken:

We don’t think JB meant too much harm, but everyone knows Ariana is off limits, so he should have respected that. Plus, doesn’t Justin have something going on with Kendall Jenner?