GOSSIPONTHIS.COM Weird News Ohio Woman Stabbed Boyfriend Because He Ate All of the Salsa 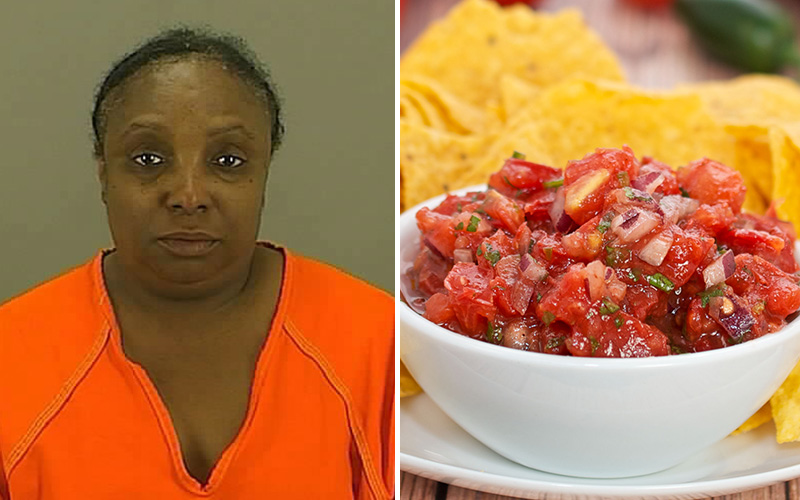 A woman in Akron, Ohio allegedly stabbed her boyfriend in the stomach because he ate all of their salsa.

Cleveland.com reports that on an otherwise quiet Sunday evening, 50-year-old Phyllis Jefferson and her 61-year-old boyfriend were enjoying some chips and salsa when Phyllis noticed that her boyfriend was eating up all of the salsa.

It didn’t take long for Jefferson to get pissed off and stab her selfish boyfriend right in the hip with a pen for not sharing. She then knocked over his TV, and as the man jumped up to catch the TV before it hit the ground, the woman allegedly grabbed a kitchen knife and stabbed the man right in the stomach.

Someone (most likely the boyfriend) called the police, and when they arrived, they found the boyfriend holding his stomach with his hands and shirt covered in blood.

Jefferson had already left the scene, but police eventually found her on a nearby interstate and arrested her. She was charged with felonious assault and one misdemeanor count of criminal endangering.

Jefferson’s boyfriend was taken to Akron General Medical Center, and Jefferson admitted that she stabbed the man.