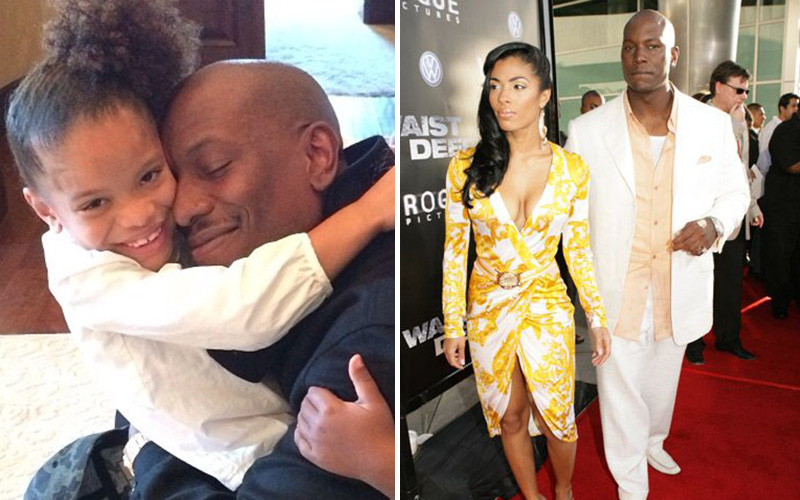 Last week, Tyrese filed court documents asking a judge to stop his ex-wife Norma Gibson from taking their 7-year-old daughter Shayla on a trip to Israel because he was afraid she was going to try and “kidnap” the child.

According to TMZ, the 36-year-old singer/actor truly believed that Norma — who is an Israeli citizen — would stay in the Middle East and keep his daughter there, far far FAR away from him.

When Tyrese couldn’t get Norma to sign a legally binding contract agreeing to bring Shayla back to the United States by a certain date, he took her to family court so they could handle it.

Now both sides can be happy, because a judge has granted Norma permission to take their daughter to Israel for two weeks, and Norma has agreed to share all of the travel details with Tyrese to ease his mind, TMZ reports.

Norma also insisted that she has absolutely no reason what-so-ever to leave Los Angeles since she has so many ties to the city, plus international law requires Norma to bring Shayla back since they have a custody agreement in place. She legally CANNOT “kidnap” the child, even if she wanted to.

Tyrese and Norma have not been on good terms ever since their bitter divorce in 2009 when Tyrese left Norma with $0.00. A little over a year ago, Tyrese called the police when Norma refused to allow him to see their daughter.

Tyrese pays his ex-wife over $6,000 in child support, plus he covers her rent, car lease and all of their daughter’s expenses.