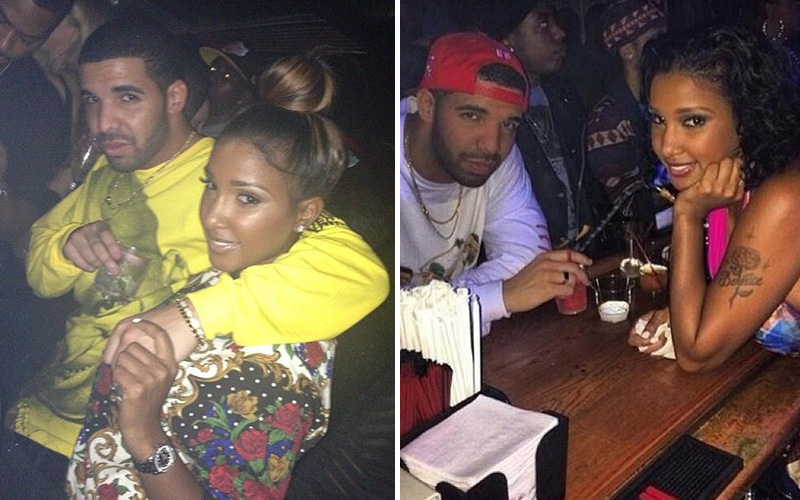 Drake has found himself some love “down under.”

While on tour in Australia for the “Future Music Festival,” Drake was spotted hugging and kissing on a mystery lady at his hotels’s pool.

Come to find out the woman is 34-year-old Puerto Rican model/bartender Bernice Burgos from New York.

According to Necole Bitchie, Burgos was the lead lady in J.Cole’s “Work Out” video and Rick Ross’ “Diced Pineapples” video featuring Wale and Drake.

TMZ also reports that Drizzy and Bernice have known each other since 2012, and Drake even rapped about Bernice on Romeo Santos’ song “Odio”, released last year.

On the track, Drake raps:

“And you look like you drawn by an artist / No you, you like Bernice & Yaris but both put together / Those are some girls that I know from back home, if you saw ’em you’d get it, look don’t worry about it.”

We don’t find it really surprising Drake is hooking up with Bernice. Everyone knows how much that boy loves him some thick and beautiful video girls.

Meanwhile, everyone on Twitter has been giving Drake digital high-fives:

Ooooowe Drake got Bernice? he the man for real.

Drake is the Leader of the new school… He bag my WCW Bernice Burgos he stay winning pic.twitter.com/j7sN72JHAO

Drake winning. Game over. Bernice is so poppin ? pic.twitter.com/QcvSK0JKBM

"@Jonah_Jayy: If this is who Drake crying about In these songs I most definitely understand . pic.twitter.com/uM4vtlguuo" That's Bernice