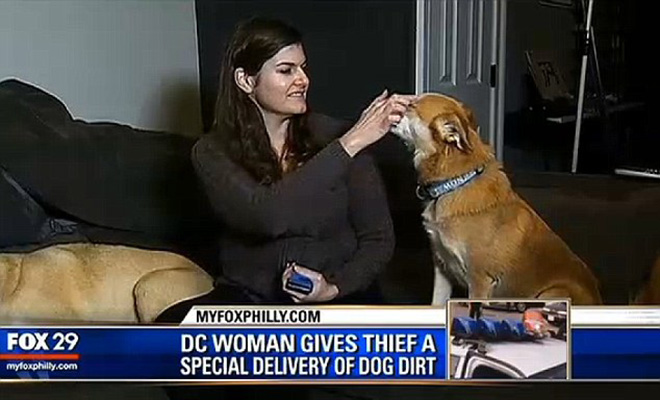 No one likes ordering something online and having the package it was shipped in stolen from your front door before you get home from work. But one D.C. woman was so fed up with that happening to her that she decided to get her revenge in a very nasty (but understandable) way.

33-year-old Andrea Hutzler said she’s been dealing with having packages stolen from her doorstop for the past couple months. Thieves have stolen Christmas gifts, clothing, and even three 6-foot aluminum poles she planned on using for a remodeling job, MyFoxDetroit reported.

She tried calling the cops and setting up surveillance cameras, but her stuff was still being swiped, apparently by the same guy. Police said an estimated $858 worth of goods have been stolen from Hutzler, so she decided to take matters into her own hands, with the help of her two dogs.

“I have a shovel that I use to pick up their dog poo, so instead of just shoveling it into a garbage bag, I shoveled it into a box,” Hutzler told ABC7News.com. She put the box of doo-doo on the doorstep and moved the camera so that she could get a better view of the thief’s face.

Her sweet, sweet revenge finally came last Monday (Dec 8) when the robber came and stole the poop-filled package. “I feel happy,” she said. “I had wanted to put in a note, like ‘Surprise! Please stop stealing my crap.'”

Unfortunately for Hutzler (and us), she wasn’t able to capture the guy’s reaction once he opened the box. Regardless, Hutzler doesn’t think she’ll be having any more trouble out of this guy.

“I think he would be gone for good because he’ll never know what I’ll be putting in a box,” she said, according to the Daily Mail. 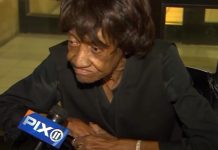