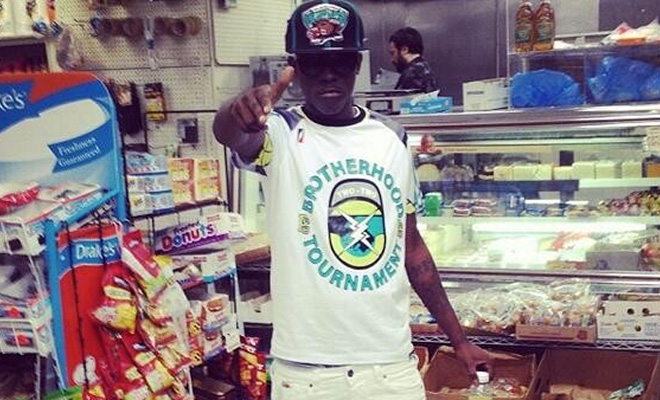 Bobby Shmurda just can’t stay out of jail to save his life, SMH!

The “Hot N*gga” rapper and Shmoney dance originator was recently arrested after cops caught him and his buddies smoking weed while double parked on a street in Brooklyn.

According to TMZ, sources close to the rapper claim this has nothing to do with race, and he believes that the police are “out to get him” because he’s a “big music star.”

Shortly after being released from jail, Bobby posted a video on Instagram (which he later deleted) firing back saying that the “bum ass cops” can’t stop him.

Just back in June, Shmurda was arrested and charged with felony gun possession after cops spotted him showing off a 9mm glock. He could face up to 15 years prison time.

This guy has no clue how to keep things under the radar. Whatever happened to rappers being street smart?