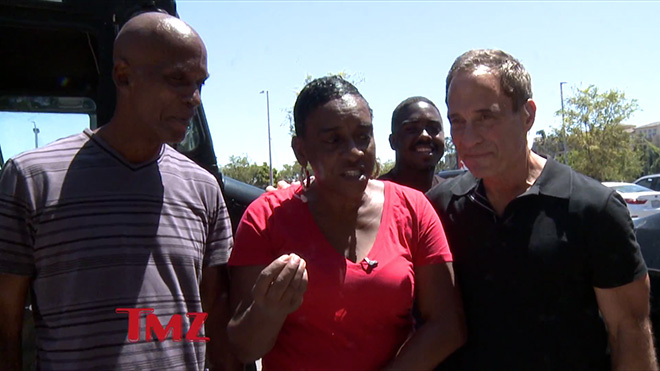 Auntie Fee is getting famous!

The foul-mouthed viral chef’s newly launched YouTube channel features several videos of her showing off her resourceful cooking skills, like making a meal for seven that costs less than $4. Her most popular video — “Aunt Fee’s Sweet Treats” — has over 1.5 million views and counting.

The overwhelming response to Chef Auntie Fee’s has resulted in media attention as well. She met TMZ, and according to the gossip site, she’s been hit up by a bunch of celebrities and TV people, including Jimmy Kimmel and “a producer-type from ‘Orange is the New Black'”

But Auntie Fee, aka “Sista Girl,” says she’s a simple woman who enjoys simple things, and she doesn’t keep up with Hollywood … however, there’s one person she trusts to help her out: Oprah.

Auntie Fee name drops Tyler Perry and Steve Harvey too, but she says she really wants Oprah to help her out.