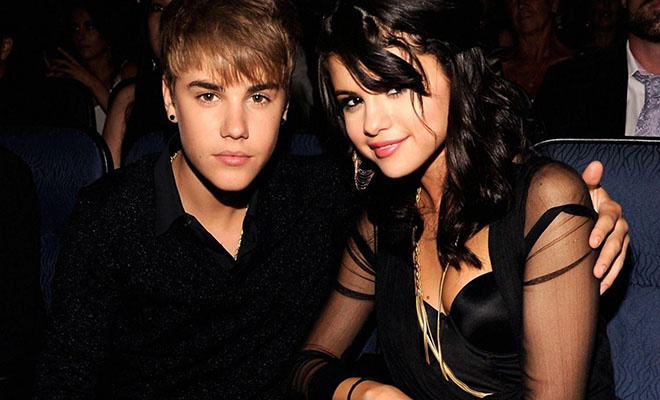 According to an Us Weekly source, Jelena was very “openly affectionate” with each other while listening to a sermon by Pastor Judah Smith.

“They were very lovey-dovey and cute,” the insider says of the stars, who “came and left together with a few friends.”

According to the source, Bieber, 20, and Gomez, 21, “sat next to each other and listened to [Pastor Judah Smith]’s sermon.” The insider tells Us they were “smitten with each other.”

Bieber shared an Instagram snapshot from Smith’s teachings Wednesday evening. “Bible study with Judah Smith,” he wrote alongside a photo of the City Church pastor onstage. The insider notes how Bieber appeared to be in a significantly better place at the study session.

“He looks so happy and at peace,” the source says, while Gomez seemed similarly pleased and tranquil.

Both Bieber and Gomez turn to Smith regularly for guidance. Gomez shared an Instagram picture on Easter Sunday from Smith’s church, which she captioned: “He is risen, @judahsmith just thank you.”

Smith and Bieber first connected back in 2010, after the star attended a sermon with his mom Pattie Mallette. Speaking with Us in January, Smith described Bieber as “pretty sensational” and “serious about his faith.”