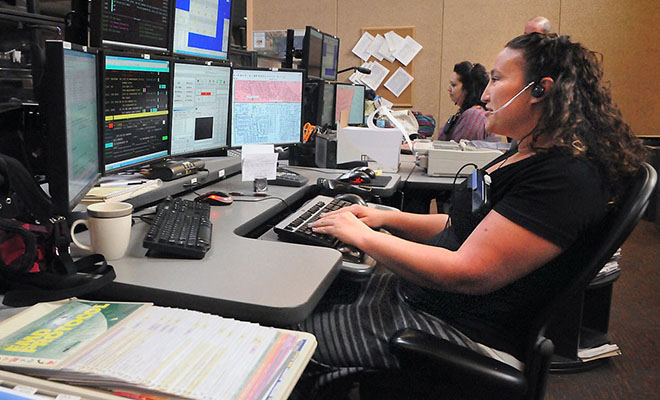 Having to call 911 is stressful enough (unless you’re crying wolf), but what would you do if the operator on the other end of the line — the person that’s supposed to calm you down, tell you everything is going to be OK (even if it won’t, unfortunately…) and dispatch help to your location — told you to “quit crying” after you were raped?

That’s exactly what happened to a rape victim in Columbus, Ohio who called 911 just after 4 a.m. on Sunday, June 8th, according to ABC affiliate WSYX.

The girl was reportedly staying at a friend’s house near the Ohio State University Campus when she said she was awoken in the middle of the night to a stranger holding a gun to her head and “forcing her to perform sex acts on him.”

The distraught woman told the dispatcher the man broke into the house full of sorority girls and left after assaulting her, stealing cash and an iPhone, according to WSYX. But she said she didn’t know her friend’s address, and asked if the dispatcher could locate where her phone was.

“No. We can’t. That’s why I need to know where you are,” the dispatcher could be heard saying on the call.

The caller described the attacker as a small white male with a white shirt. She asked the police to immediately arrest him. “Ma’am, you’re going to have to quit crying so I can get the information from you,” the dispatcher told the victim.

“Well, they’re not going to be able to find him with the information that you’ve given,” the dispatcher responded.

That’s when the caller broke down. “Don’t you understand how horrified I am? I am a 20-year-old from Upper Arlington. I don’t know what you deal with every day, but the kind of sympathy you have is zero,” she told the dispatcher.

30-year-old Michael Callaghan was eventually charged with rape and burglary for attacking the woman.

A 911 supervisor later said the dispatcher could have handled the call better (uhh… YA THINK?!?) and the call will be reviewed, but the dispatcher won’t be reprimanded since the victim ended up getting help and a suspect has been charged.

Note: The woman in the above photo is NOT the world’s worst 911 dispatcher described in this article. Her image is only being used for illustrative purposes. We’re sure she’s a very nice lady who does her job properly without telling rape victims to “quit crying.”