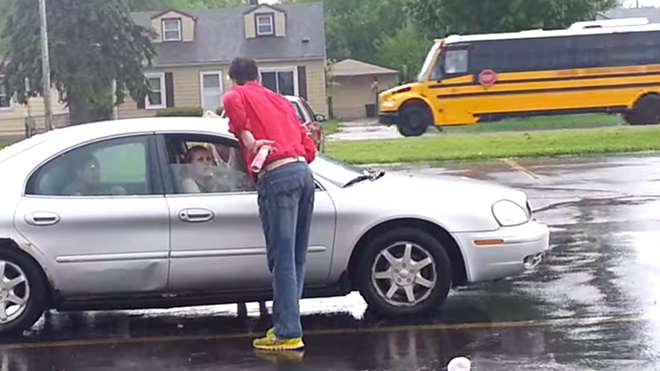 A manager at Family Dollar is learning a big lesson about taking his job way too serious.

In a video that has gone extremely viral over the past few days, the manager is seen confronting a group of shoplifters in his store’s parking lot.

The heated argument eventually led to a screaming match between the women (one of which was pregnant) and Gavyn Edlinger (the manager), who ended up spraying one of the women in the face with Febreze and threatened to whoop her ass.

Gavyn was fired from his job just days after the incident, but he tells TMZ that he made an attempt to have the video taken off the web. Unfortunately, the guy who posted it refused to take it down, resulting in Gavyn no longer being employed.

Gavyn also tells TMZ the mother of one of the girls in the video called the store later and apologized.

It’s sad the guy had to lose his job for trying to protect his store but he did take it a tad too far. Some things can be handled in a more polite, mature manner.

But “GIRRRRRLLLL!” that video was funny as hell though!

WATCH THE HILARIOUS VIDEO ABOVE