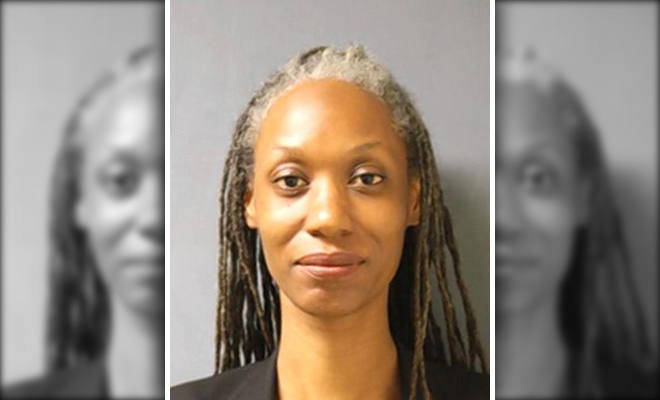 This has to be one of the dumbest teachers alive…

A middle school teacher from Texas was arrested for giving one of her students a lap dance … in front of the whole class!

42-year-old Felicia Smith was charged with having an improper relationship with a student after Smith gave a 15-year-old boy a four-minute lap dance, in which she grabbed his crotch, touched all over his body and put her head between his legs.

According to the boy’s statement, Smith told him during the dance, “I love you, baby. Happy Birthday.” The boy also said he slapped Smith’s butt several times and her moves caused him to have an erection.

Smith claims the class convinced her to give the boy a lap dance for his birthday. She posted $30,000 bond on Thursday

We have no words for this lady; she’s just sick and stupid all at the same time. Bye, Felicia!