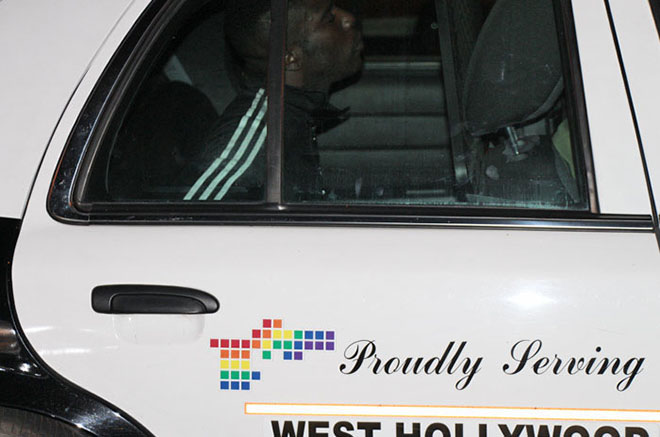 One of the members of the rap group “The Rej3ctz” (known for that “Cat Daddy” song Kate Upton danced to) was arrested early this morning.

According to TMZ, Jovan Clayton (aka “Pee Wee”) was busted for stealing more than $2000 worth of stuff from a nightclub in West Hollywood.

Someone called 911, L.A. County Sheriff’s deputies raced to the scene and Clayton was cuffed and taken away.

Clayton — who is better known as Pee Wee — is being held on $20K bail.

Who the hell steals alcohol and stuff from a woman’s purse at the club? Get your life sir!