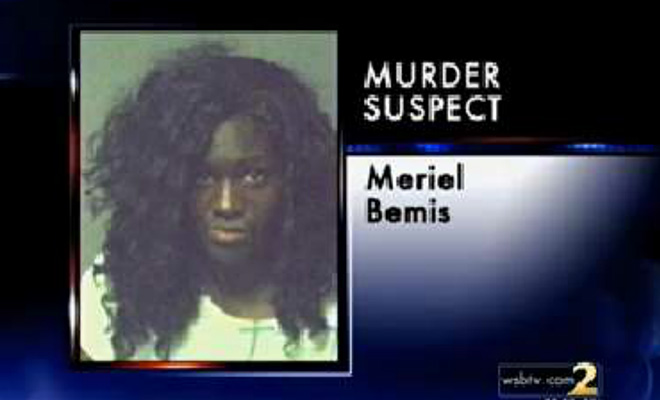 A Georgia woman was arrested last Monday (Feb. 24) and charged with the murder of her 3-year-old daughter, and she told police that she did it because her boyfriend broke up with her.

The Atlanta Journal-Constitution reports 21 year-old Meriel Bemis got into an argument with her boyfriend, which prompted him to leave. Bemis then called her boyfriend for help and asked him to come back to the apartment, where he returned to find Bemis’ daughter dead.

The boyfriend then called 911, and Bemis was arrested and booked into DeKalb County jail early Monday morning. Her daughter Lela was pronounced dead on arrival at the Children’s Healthcare of Atlanta at Egleston.

Police initially didn’t say whether the argument played a role in the child’s death, but according to the AJC, police said Bemis admitted to suffocating the child (by reportedly smothering her with a pillow) because she was upset over her boyfriend breaking up with her.

Bemis was charged with one count of felony murder.

No bond has been set at the moment because she waived her first court appearance last week, and her next court date is March 20th.

Bemis’ boyfriend won’t face any charges in relation to the incident.