GOSSIPONTHIS.COM Hip Hop Watch: Drake Snatches the Mic from Diddy in the Middle of Club... 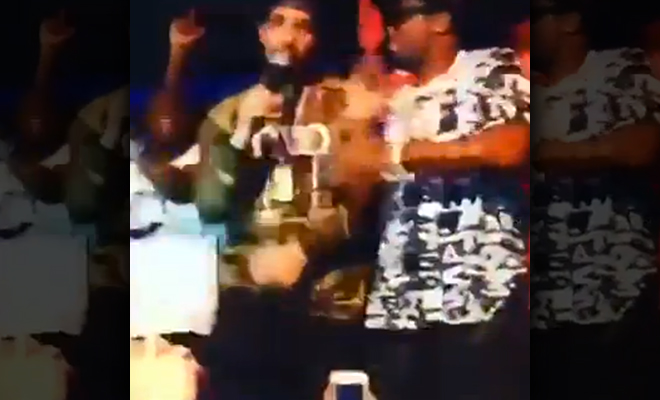 Drake is one bold cat!

During NBA All-Star weekend, Drizzy was performing his single “Worst Behavior” at Metropolitan club in New Orleans when his mic stopped working.

So to make sure the show went on, Drizzy pulled a straight-up Kanye West move and took Hip-Hop mogul Diddy’s micriphone right out of his hand as he was rapping with him on stage.

Diddy didn’t seem to feel any type of way, but it still seemed a bit disrespectful, considering it’s Diddy!

Fortunately for Drake he gets a pass considering it was his song and all … but we all know he would NEVER do that to Jay Z … or Lil Wayne … or T.I.