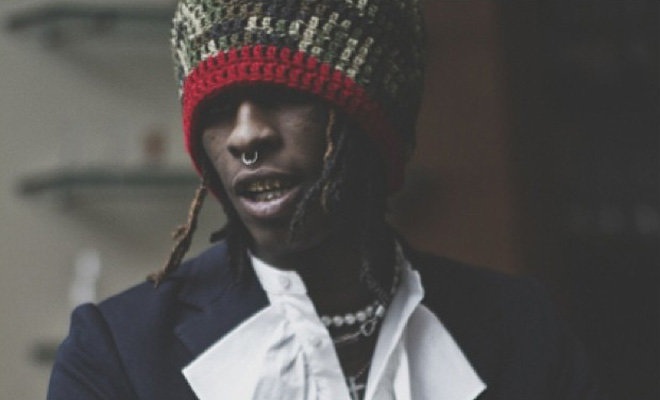 Young Thug appears to be getting more attention for his sexuality, rather than this his music these days.

Over the past few weeks/months, fans have questioned the trap rapper’s fashion choices (painted fingernails, dresses, etc.) and the fact that he refers to guys as his “lovers” and “babes.”

Now it appears as though the ATL rapper is getting tired of the “Is he or isn’t he gay” rumors and has decided to clear the air, once and for all.

Last week, The “Danny Glover” rapper posted a pic on Instagram, along with a caption denying being gay and calling out his haters:

Still, there are those questionable Instagram pics/videos/messages all over his page. But if the dude says he isn’t gay, we’ll just let him be.