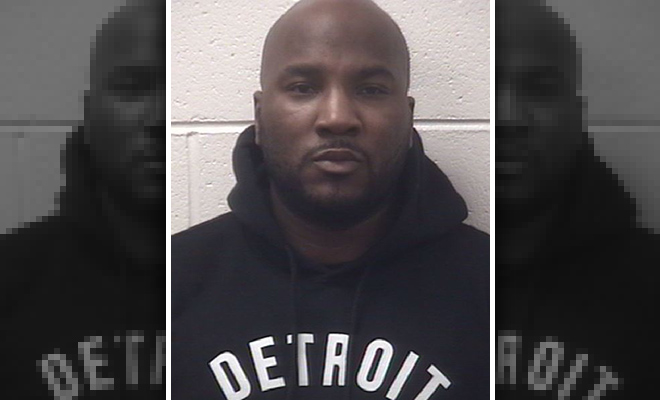 Young Jeezy can’t catch a break for nothing these days…

The CTE rapper was arrested and charged with obstruction Tuesday afternoon (Jan. 21) in Atlanta for allegedly cursing at officers and refusing to provide his name.

According to the Atlanta Journal-Constitution:

Officers were called to an Alpharetta townhouse because of a security alarm, but no one answered the front door, Gordon told Channel 2 Action News. Behind the townhouse, officers saw Jenkins walking out of the townhouse, and he told them it was his girlfriend’s home, Gordon said.

But Jenkins refused to show his identification or give his name and cursed at officers, who then arrested him, Gordon said.

Sources told TMZ when an officer asked for his name and ID, Jeezy shouted at them “F**k you, I ain’t telling you” and tried to pull away as cops were cuffing him.

Jeezy was reportedly booked at Fulton County Jail and released on $1,000 bond.

Just earlier this month, Jizzle turned himself in to police for battery, false imprisonment, and allegedly making terroristic threats to his son.

Damn! It seems like Jeezy is having a run-in with the police every other week.