GOSSIPONTHIS.COM Celebs Joe Budden is Done with Tahiry, Says He Will NEVER Propose to... 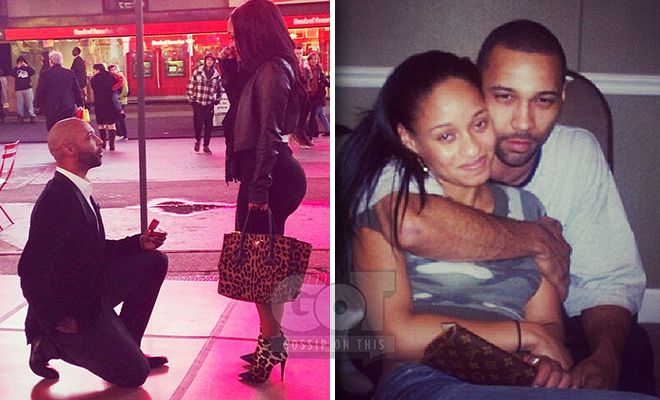 It’s pretty obvious that Joe Budden feels some type of way about Tahiry not giving her his hand his marriage.

The “Pump It Up” rapper was publicly humiliated on last night’s episode of “Love & Hip Hop” when his on and off girlfriend Tahiry Jose denied his marriage proposal.

Joe dropped by popular New York City radio station Hot 97 earlier today for an interview, and said that he will never propose to Tahiry EVER (EVER EVER EVER…) again:

“Sympathy box is some of the best box you can get. Girls only want guys that are off the market. [Will I propose again?] No way. No way. I’m never doing that again. That will never happen again. No. Never, ever, ever, ever. [What Tahiry said] wasn’t wrong on the show, in real life, it was all wrong.”

Well damn … we guess there really won’t be any weeding bells in the future for Joe and Tahiry! Or at least that’s what he “says” now. You never know with these two.

Peep Joe speaking on his failed proposal to Tahiry in the interview below: