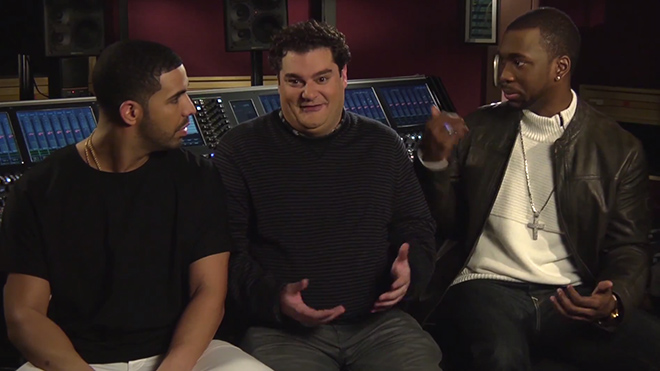 He started from the bottom, now he’s here!

Drake is not only set to perform this weekend on “Saturday Night Live,” but he will also get to show off his acting chops as host of the show, seeing as he is required to participate in several of the show’s skits throughout the night.

This should be pretty interesting, but if you’re doubting whether or not the Hip Hop star will be able to handle SNL, remember he did star as Jimmy Brooks on the popular teen soap opera “Degrassi” before turning into the Young Money rap sensation he is today.

In the hilarious clip above, Drake addresses his Degrassi past and participates in a few awkward back-and-forth scenes with SNL cast members Bobby Moynihan and Jay Pharoah.

Moynihan is trying to talk to Drake about his cool cat tracks, there’s talk of “Degrassi,” and then the three of them discuss “dropping beats.”

WATCH THE PROMO CLIP ABOVE