GOSSIPONTHIS.COM LOL This Creepy Old Spice “Mom Song” Commercial Will Give You Nightmares 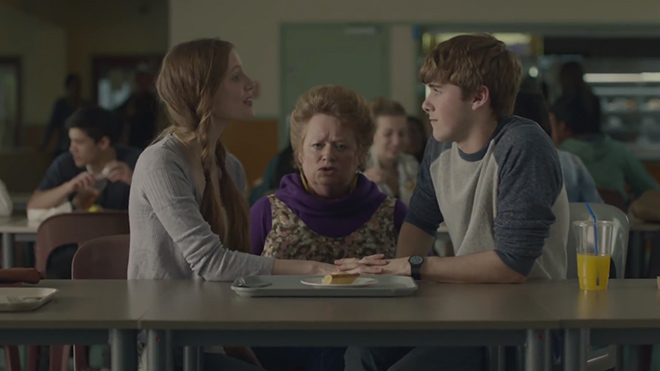 Old Spice is known for their weird commercials (see: Mr. Wolfdog, Watermelon, Lizards, Shower, Bowling, the list goes on…) but the popular maker of male grooming products may have out-weirded themselves with their latest one.

Old Spice’s latest creation, titled “Mom Song,” tackles the very sensitive subject of male puberty with a hilariously creepy commercial that is both terrifying and wonderful all at the same time.

The commercial is part of a new series called “Smellcome to Manhood,” which promotes a new line of Old Spice body sprays that, according to the ads, quickly turn teenage boys into men.

The “Mom Song” ad in particular — which, at the time of this posting, has been viewed over 3 million times on YouTube (since being uploaded on Jan. 3) —  is filled with a bunch of crazy moms sadly singing about their little boys growing into men who now lust after women … and it’s all Old Spice’s fault.

One depressed-looking mom can be seen hiding behind the door in her son’s bedroom as she croons about him growing into a man after using the new Old Spice body spray. Other moms then chime in and they too are awkwardly spying on their sons.

They pop out of bushes, they emerge from the sand, they hold onto the back of speeding vehicles, and one even uses a creepy-looking janitor mannequin to disguise herself as she watches her son and his new girlfriend at lunch.

It’s likely some of the most disturbing sh*t you’ve ever seen, but it’s so great that you’ll probably watch it at least 10 times today.