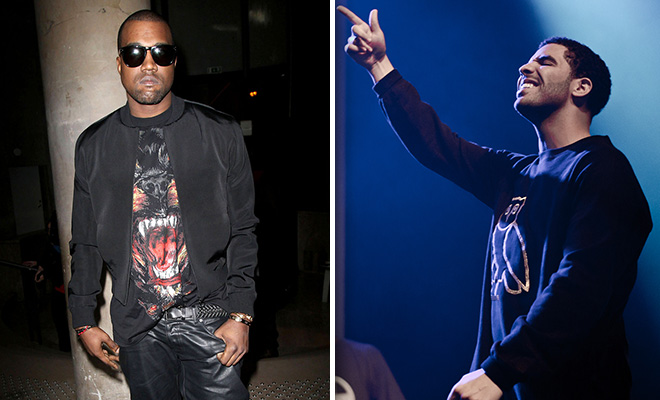 Kanye West is proud of Drake … but he still hates Nike though!

A source close to Yeezy says the rapper is happy for Drake and his new partnership with Nike and Jordan, but is still pissed Nike wouldn’t pay him royalties for his shoe line.

The source (via TMZ) also went on to add that Yeezy will always support rappers in the fashion biz:

“Kanye will always be happy with rappers taking steps in the fashion world.”

It’s good to know Kanye isn’t acting all sour over Drake working with Nike. We thought he was about to straight up pull a “you don’t have the answers Sway” on Drizzy.

(However, we wouldn’t be too mad if  he did since we don’t wholeheartedly agree with Drake releasing his own personal OVO Jordans. But that’s another story for another day…)