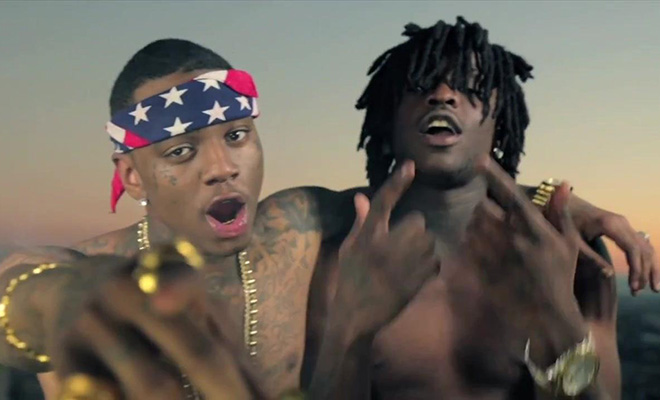 The beef between Soulja Boy and Chief Keef obviously isn’t over.

Last night, the GBE head honcho tweeted Soulja’s cell phone number out to his 800,000+ Twitter followers. For really no reason at all, other than to ether the guy, obviously.

Both rappers haven’t been on the best of terms after one of Keef’s homie’s allegedly stole Soulja’s chain a few months back.

Soulja fired back making death threats on Facebook against Chief and others, which made the whole ordeal elevate to a whole ‘nother level. Soulja Boy later claimed his account was hacked (as always…), but apparently Chief Keef doesn’t buy the BS. Especially since he’s used that same “I was hacked!” plea before.

We’re not quite sure what Chief Keef was trying to prove tweeting Soulja’s number out … but this can’t be good for neither rapper, since both of they’re careers are already deteriorating anyhow.

C’mon guys … let’s get it together. We used to be friends, remember? REMEMBER?

UPDATE: Chief Keef is now saying that the number he tweeted doesn’t actually belong to Soulja Boy, but rather some annoying producer who’s been blowing up his phone: