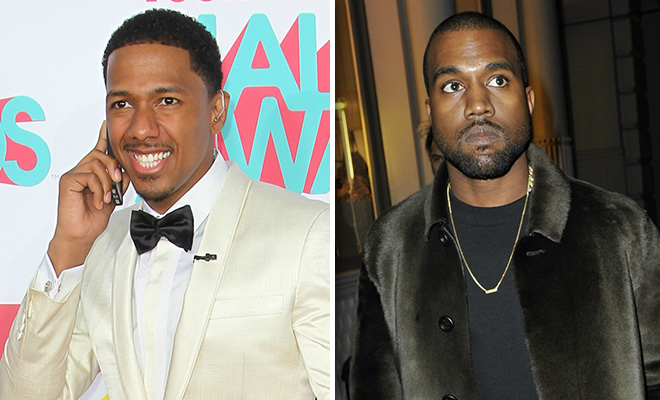 If you’re tired of hearing about Kanye West ranting and raving about how much of a “GENIUS” he is, and how he is the “2 Pac of Product,” and all of that other crap that spews from that mouth of is … trust, you are NOT alone.

In fact, you’re in pretty good company, because Nick Cannon is tired of it too. So much so that he took to Twitter last week, while “Yeezus” was making all of those headlines for his ridiculous radio interview antics, and had this to say about ‘Ye proclaiming himself a “genius.”

I love @KanyeWest like a brother & been one of his biggest fans & friends since day 1, but Genius is eternal patience.

Maybe I should’ve just called him and told him that in private. Oops, my bad! Twitter-stream-of-consciousness LOL

I just got online and saw all these @KanyeWest interviews and I was inspired to rant. Oh well, going back to Thanksgiving. We cookin’ son!

And in another tweet that has since been deleted, Cannon also wrote:

“@KanyeWest Real geniuses don’t have to tell everyone that they are a genius.”

But you can’t say Mr. Carey doesn’t have a point … because he does. And a very good one too!