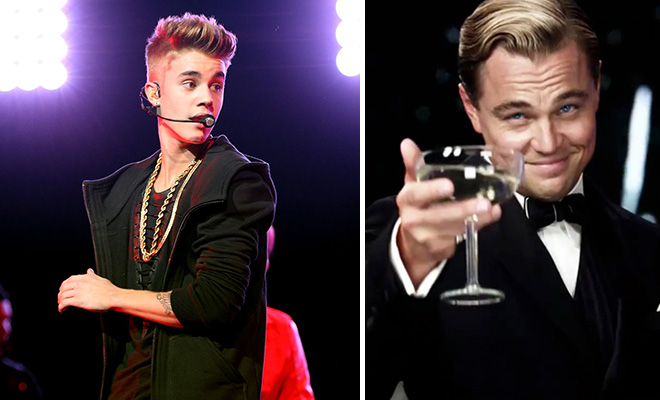 Justin Bieber’s huge, “Great Gatsby”-esque party last Friday at his Calabasas home turned out be more than just a friendly get together.

According to TMZ, the party consisted of naked “big booty” strippers, 3 opens bars, and “plenty of kush to go around.”

Many of the Biebs’ celebrity friends — including Floyd Mayweather Jr., Chris Brown, Trey Songz, T.I. and Snoop Lion Catt Dogg (or whatever he’s calling himself these days) were all in attendance at the party.

But get this … in order to attend the shindig, Bieber made party-goers sign a confidentiality statement in which they agreed to not tweet, text, phone, Facebook, record, write, or in any other manner, spill the beans on what went on inside. Anyone who violates the terms of the agreement will be charged $3 million.

Before the night was over, police were called to the party three times, however no arrests were made.

Apparently, the JB’s neighbor (the same guy he allegedly spit on in a previous altercation) got tired of all the loud music and made it his primary goal to get the party shut down. What a party pooper! The Biebs should have just invited his lonely neighbor to the party. Maybe he felt a bit left out?

Cops plan on writing a full report and will then decide on whether to send it to the Los Angeles County DA for possible prosecution.