GOSSIPONTHIS.COM News Depressed Chinese Man Cut His Penis Off Since “He Had No Use... 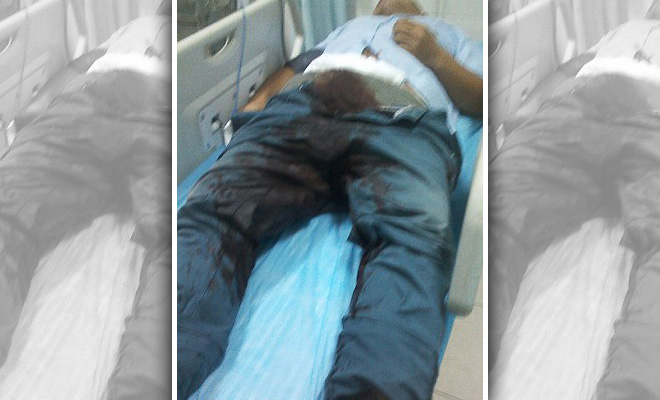 WARNING: The story below (and the image above, but too late) may cause you to cringe!!!

A Chinese man sick and tired of being single and lonely, decided to take matters in his own hands and cut his penis off.

We’re guessing at that moment, Hu instantly realized he had just made one of the worst decisions of his life so immediately afterwards, he did what any man in a situation like that would do.

He hopped on his bicycle and rushed himself to the hospital, but doctors were unable to help the poor fellow out because he somehow forget to bring his penis along with him.

Hu then rode his bicycle back to his home and returned to the hospital with his penis, only to find out he had lost too much blood and doctors couldn’t reattach it.

According to Hu’s friends, at the time of the incident the 26-year-old had been working long hours at a clothing factory and doubted he would ever have time to be with a woman.

So in order to relieve himself from depression, Hu rationalized that since he wouldn’t have much use for his penis anyway, by cutting his penis off, he would no longer be forced to think about being lonely.

But then of course he had a change of heart (because he probably realized that he had to go to the bathroom, or something), only, unfortunately for him and his severed penis, it was too late.

Lesson of the day people (mostly guys). Never take you’re anger out on your friendly member below, you just might regret it later. Then it will be too late for tears.