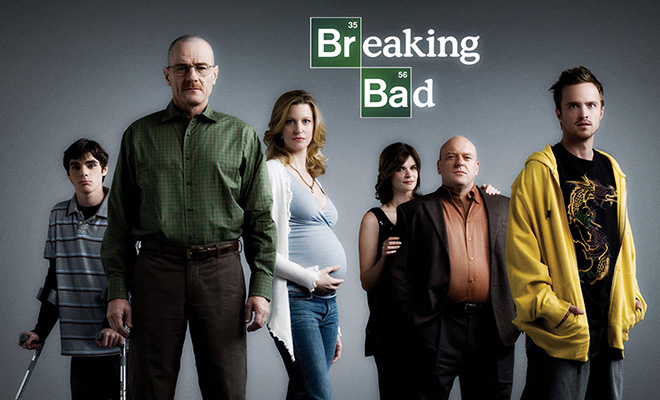 Did you know that while you and your friends/family were watching the “Breaking Bad” series finale Sunday night (Sep 29), at least 10 million other people were tuning in along with you? Well, now you do!

“Breaking Bad” will go down as possibly one of the greatest shows of this generation, and now that it’s over, you probably feel like there’s a huge void that’s been left in your soul. But don’t worry, you’re not alone.

According to AMC, 10.3 million viewers (with about 6.7 million and a 5.2 rating in the key 18-49 demo) tuned in for the “Breaking Bad” finale, shattering the week’s previous record of about 6.6 million viewers.

Those are some pretty big numbers there, so to put that all in perspective, other than NFL football and “60 Minutes,” that’s more than anything that has ever broadcast on cable TV on a Sunday night.

“Breaking Bad” debuted to around 1.5 million viewers when it first premiered in 2008 and has since developed a cult following, with its weekly viewership growing steadily year after year.

The only other drama to pull more viewers for its finale was HBO’s “The Sopranos” in 2007, which totaled close to 12 million, so that alone puts “Breaking Bad” right up with the greats.

As Entertainment Weekly notes, “Breaking Bad will not only be remembered as a TV drama that went out on top — creatively, and in terms of popularity — but possibly as a game-changer for underdog TV shows.”

There’s probably never been a series that’s better demonstrated the awesome and exponential power of catch-up viewing. Breaking Bad was like a virus (or perhaps a drug) that slowly spread for years, then suddenly exploded into a nationwide outbreak. Very late in its run, Breaking Bad went from being that dark show your one TV-savvy friend loves to being the big hit your whole office is talking about.

So why would AMC choose to end “Breaking Bad” at its peak, instead of allowing it to go through a few more seasons and possibly grow even further?

Here’s what the show’s creator Vince Gilligan told EW in an exclusive Q&A about the finale:

“Every story has its running time, and it’s just hard in television to know what that running length should amount to, and I feel very happy and satisfied by the fact that we’re wrapping up now. I can’t even believe that the ratings have increased with each episode — I just think it’s wonderful — and people have asked me, ‘Does it make you want to go on and do a bunch more episodes now?’ Just the opposite. It makes me think, through quite a bit of good luck being involved, we really did pick the right moment to exit the stage, and I feel even more confident of that now than I did before.”