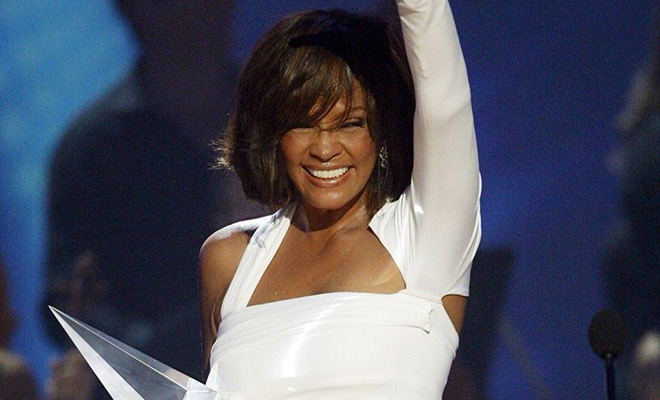 If a few hours of cable news wasn’t enough to make me lose faith in humanity, this story about a police officer peeking at Whitney Houston‘s naked, dead body has surely done the trick.

Yes, reporters have uncovered a previous claim filed against a Beverly Hills police sergeant responding to the scene of Whitney Houston’s death.

According to the claim, filed by a former Beverly Hills SWAT agent, the creep in question made “inappropriate comments” about Auntie Nippy’s appearance after he lifted a sheet covering her naked body.

The Los Angeles Times has the word:

In the claim, Sgt. Brian Weir alleges that on the day of Houston’s death in February 2012, Det. Sgt. Terry Nutall arrived at the scene, and “for no legitimate law enforcement inquiry, investigative, or other proper and legal purpose… removed the sheet and/or other covering from the body … to an area below the pubic region.”

The claim also alleges he “made comments to the effect that the former pop star ‘looked attractive for a woman of her age and current state’ and ‘Damn, she’s still looking good, huh?'”

Weir said in the claim that as the senior patrol sergeant on duty, he responded to the death scene. After he complained to his superiors about the alleged misconduct, Weir alleged that the City of Beverly Hills and its Police Department “retaliated” by removing him from his position with the SWAT and K-9 units, stripping him of various privileges and subjecting him to various forms of harassment.

Nutall’s actions included “disturbing and/or moving the body of the decedent from the position of death without the permission of the coroner,” “treating the dead body of the decedent in a way that would outrage ordinary family sensibilities,” “contaminating potential DNA” and”“harming the integrity of the scene,” the claim said.