The Winans family, one of the first families of Gospel Music, is probably ashamed by the recent media headlines. On Wednesday in Detroit, a judge sentenced Michael Winans Jr. to nearly 14 years in prison for an $8 million financial scam, which was promoted on church pulpits.

Two victims of this scam spoke out in federal court, telling a judge that the scheme to sell Saudi Arabian oil bonds ended up robbing people of their life savings. This scheme destroyed many families, some of which ended in divorce.

Winans said he had no “malicious intent” but acknowledged that he continued to collect money even after learning of the bogus bonds. The gospel singer went on to say, “I caused financial and emotional damage. For that, I repent.”

Winans attracted more than 1,000 investors in 2007 and 2008 — investors who were recruited by others through word of mouth, according to the Associated Press.

Winans promised to return 100 percent of the profits in two months, but failed to do so. Instead, he used the money for his personal use, or to pay off earlier investors. AP reports about 600 people are still owed $4.7 million.

“Investor fraud schemes like this one are just a fancy way to steal other people’s money,” U.S Attorney Barbara McQuade said.

Winans, who is only 30 years old, is the nephew of Marvin Winans who gave the eulogy at Whitney Houston’s funeral. 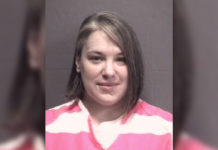