Tyrese, Ginuwine and Tank showed up as “TGT,” which the R&B crooners formed years ago, but nothing has come to fruition, until now. The group just signed a deal with Atlantic Records, and their album will be released early next year. “R&B just got a face lift. We’re going to remind ya’ll why you fell in love with R&B music,” Tyrese Gibson announced on the BET Awards red carpet pre-show. “TGT is coming soon.” 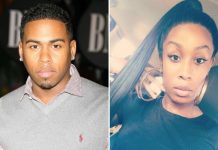