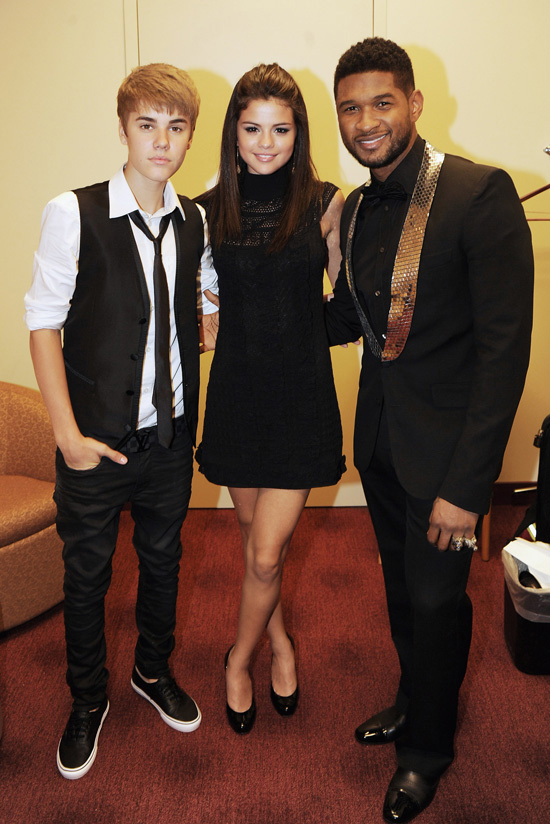 Justin Bieber hangs out with his girlfriend Selena Gomez and his mentor/big bro Usher backstage at the 33rd Annual Georgia Music Hall Of Fame Awards in Atlanta.

Held this past Saturday night (Sep 17) at Atlanta’s Cobb Energy Performing Arts Center, the ceremony was also attended by R&B singer Tony Braxton, who posed it up with Usher backstage.

Usher and Justin Bieber were there to honor vocal coach Jan Smith as she was inducted into the Georgia Music Hall of Fame. Bieber performed a three-song acoustic set for his voice coach, who appears in his “Never Say Never” movie, and is currently working with the 17-year-old as he records his first Christmas album at her studio. Usher surprised Smith, who was once his vocal, by joining her on stage during her performance of the classic tune “Georgia” during the show.

Check out more pics from the Georgia Music Hall of Fame Awards below: