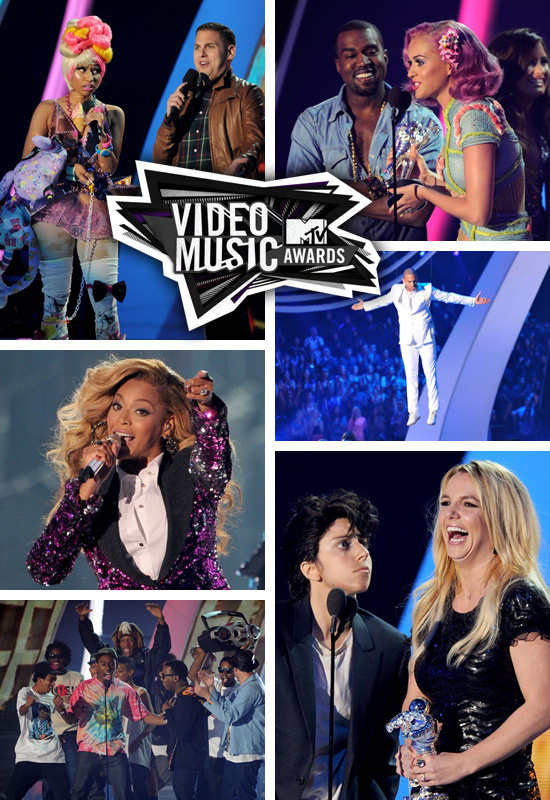 As far as the winners were concerned, Katy Perry took home the evening’s top prize: “Video of the Year” for her “Firework” clip, while other stars also took home awards, like Lady Gaga, Justin Bieber, Nicki Minaj, Britney Spears and Adele (who won 3 moon men).

Check out the full list of winners from the VMAs (along with over 20+ pictures from the show) below:

Best Video With A Message:
Lady Gaga, “Born This Way”

PHOTOS FROM THE SHOW: