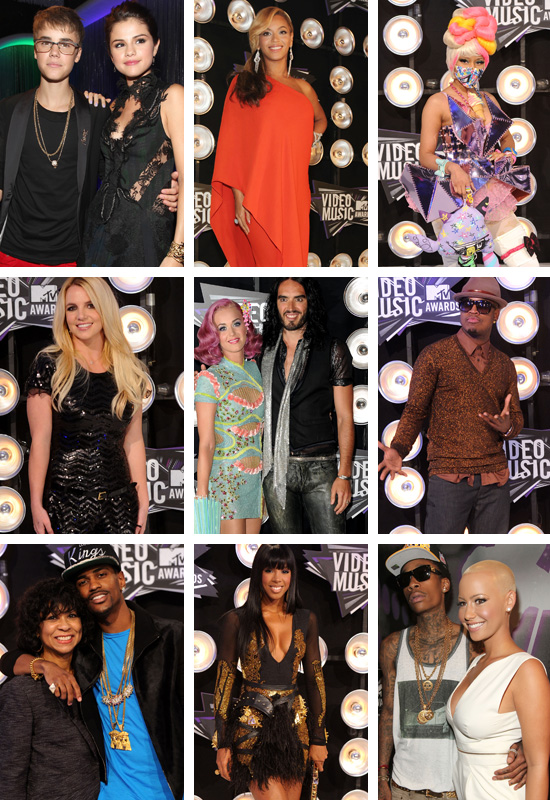 MTV decided to switch things up and do something different this year by having an indoor red carpet black carpet for the VMAs.

Check out 30+ pics of celebs arriving at the 2011 MTV VMAs in Los Angeles below: