The Playboy Mansion has diseases! But not the type you would expect.

Los Angeles County public health officials have identified Legionella bacteria, which causes Legionnaires’ disease, at a water source at the Playboy Mansion in Los Angeles in its investigation of the source of illness that sickened people after a fundraiser earlier this month.

Public health officials have suspected Legionnaires’ disease in the outbreak, a disease spread by bacteria that causes respiratory illness, such as a cough, and malaise, chills and fever.

Officials, however, have not ruled out other bacteria or viruses, because Legionella bacteria are commonly found in moist environments, Dr. Jonathan Fielding, director of the county Department of Public Health, said in a statement.

Health officials have said that the people fell ill after they attended DomainFest’s Feb. 1-3 conference, which culminated with a fundraiser at the Playboy Mansion in the Holmby Hills area of Los Angeles.

DomainFest released a statement Tuesday that urged those who attended the Feb. 3 fundraising event at the Playboy Mansion to fill out a confidential survey to assist health officials with their investigation.

The name of Legionnaires’ disease stems from its discovery in 1976 when attendees of an American Legion convention in Philadelphia became sick with the bacteria and developed pneumonia. About 8,000 to 18,000 people are hospitalized with the disease every year in the United States, according to the U.S. Centers for Disease Control and Prevention.

Healthy people usually recover from the bacterial disease, which can treated with antibiotics, but death can occur in 5% to 30% of cases, the CDC said.

This is where you insert the obligatory STD joke… 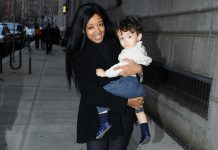